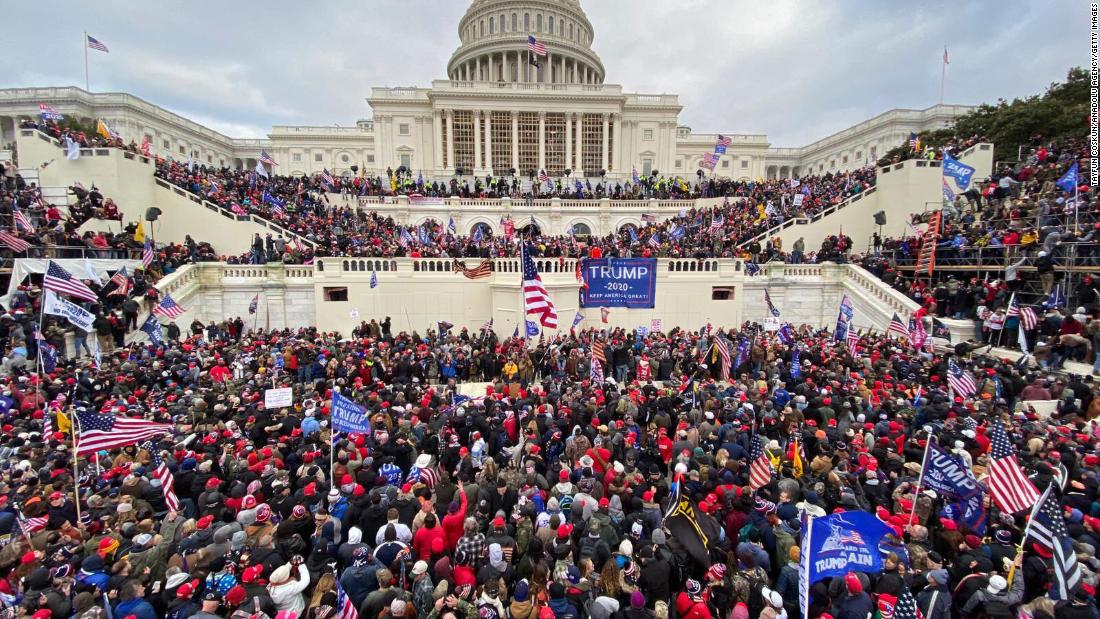 As 6,200 members of the National Guard arrive in Washington, DC, Secretary of the Army Ryan McCarthy said they would be used in 12-hour shifts, with 850 of them on Capitol grounds at a time, while others work traffic control points throughout the city.

The National Guard members, which will arrive from Maryland, Virginia, New Jersey, New York, Delaware, Pennsylvania, and DC units, are deployed for a minimum of 30 days, and they are expected to fully arrive during the weekend.

They will help erect a 7-foot non-scalable fence around the Capitol grounds as well as help support security in the area, working with other agencies and law enforcement.

Speaking on a call with reporters, McCarthy said the rules and use of force would also be reviewed ahead of the Jan. 20 inauguration of President-Elect Joe Biden, which is seen as the next major milestone — and potential target — as the transition of power moves forward.

“We’ll potentially make adjustments accordingly,” McCarthy said of the rules and use of force. National Guard members were deployed Wednesday with protective gear and riot equipment, but without any weapons, whether lethal or non-lethal.

“We are singularly focused on putting a plan in place that we have the adequate level of capability to support this next extraordinary milestone of the transfer of power on the 20th of January,” McCarthy added.

At the moment, McCarthy said there was 741 National Guard members on Capitol grounds, with another 93 working across 31 checkpoints to control traffic into the area. McCarthy said he has been in constant communication with Congressional leadership and DC Mayor Muriel Bowser.

McCarthy began the call by condemning the violence and riots, “Yesterday was a horrible and shameful day here in the Capitol and the nation at large. The District of Columbia asked for the Army to help and the National Guard responded.”