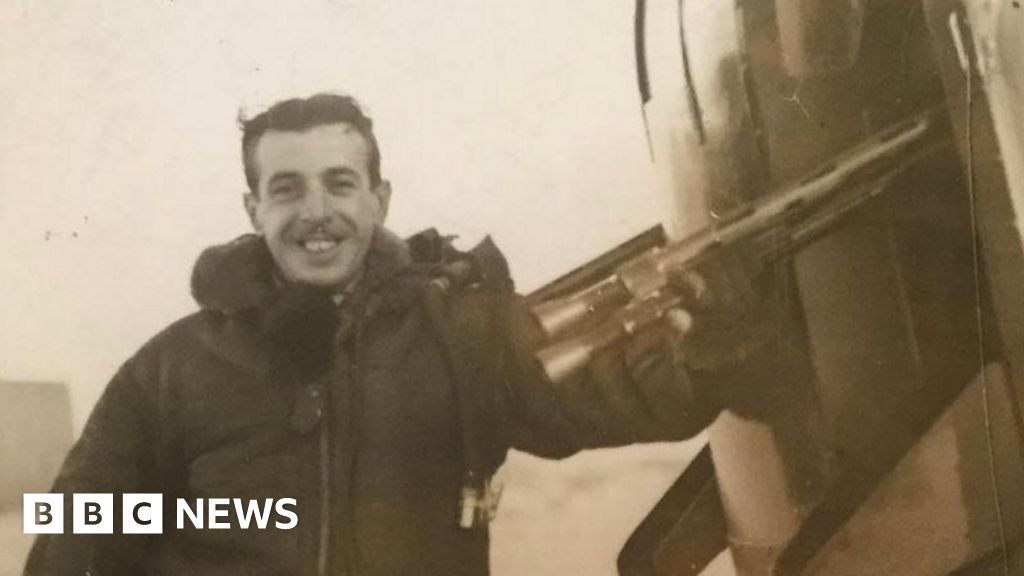 The son of a crew member of a World War Two bomber that crashed into a lake in the Netherlands has welcomed the Dutch government operation to lift it.

The Short Stirling Bomber, based at RAF Downham Market in Norfolk, was lost returning from a 1943 raid on Germany.

Gunner Sgt Leonard Shrubsall’s son Richard, 76, thought his father’s plane had been lost over the sea.

But the plane had been found in a lake and the operation to recover it started on Monday.

It is expected to take four to five weeks.

Sgt Shrubsall’s wife Beatrice was three months pregnant with Richard when she received a telegram saying her 30-year-old husband had failed to return from the operation over Berlin.

Mr Shrubsall, from Iwade in Kent, welcomed the decision of the Dutch authorities to fund the raising of the plane, which landed in Lake Markermeer near Amsterdam, after it was shot down by a German night fighter.

“I am so pleased they found the plane and are going to raise it up. I think they realise what we did for the Dutch during the war and are looking to say ‘thank you’.” he said.

Mr Shrubsall’s wife Janice, 76, said: “We couldn’t believe it when we got the letter.”

Mr Shrubsall said: “I never thought we’d find him. We thought he’d come down over the North Sea, but he came down near Amsterdam.”

He said he and his family were planning to go to the Netherlands in October to find out the results of the recovery operation.

He said he was not worried about concerns from some plane enthusiasts that the planned recovery was using a grabber rather than a dam because he believed the authorities in the Netherlands “know what they are doing”.

Mrs Shrubsall said after Mr Shrubsall’s mother died, they found “she kept a tin, a small oval tin, with photographs (of Sgt Shrubsall) and letters he had written, and the telegram reporting him missing”.

The crew of Short Stirling BK716 were: