‘Roadrunner: A Film About Anthony Bourdain’ Review: Salt, Sugar and No Fat 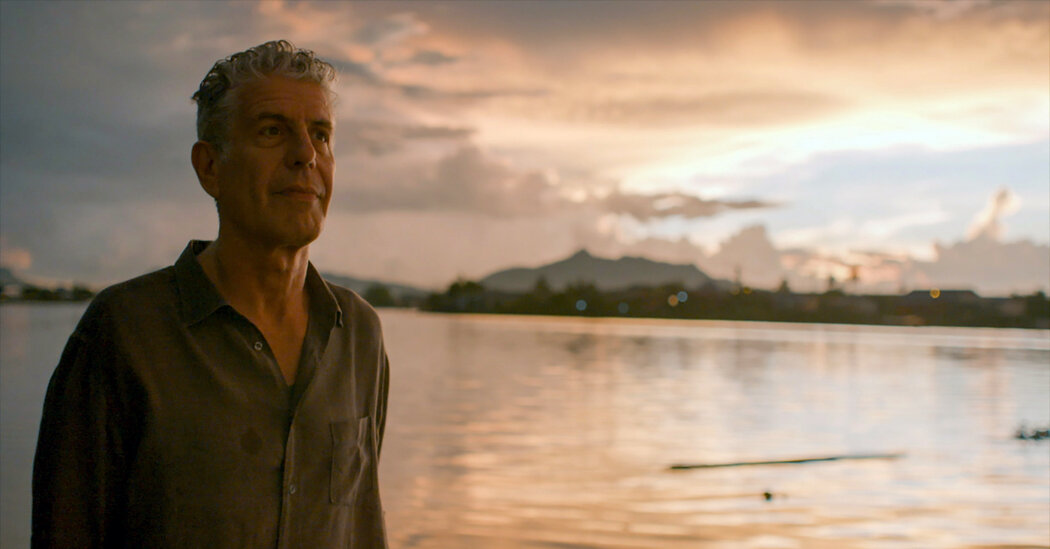 There’s scarcely a dry eye in the frame at the conclusion of Morgan Neville’s vivid, jam-packed documentary, “Roadrunner: A Film About Anthony Bourdain,” but this isn’t a hagiography. Bourdain, who died almost exactly three years ago at the age of 61, was many things — chef, sensualist, addict, world traveler — any one of which could have served as the movie’s lodestar. Yet it was as a writer that he found renown, and it is around his words that “Roadrunner” constructs its ominous, uneasy shape.

Those words, punchy and aromatic, spill from Bourdain’s books, his television shows and multiple public appearances as Neville wrangles a personality, and archive footage, that’s almost too much for one film to corral. Having attained in midlife a fame he distrusted and a title — celebrity chef — he despised, Bourdain wavered between euphoric family man and fretful workaholic. Though free of heroin and cocaine since the late 1980s, he was also without the punishing restaurant routines he had relied on to stave off his demons.

With immense perceptiveness, Neville shows us both the empath and the narcissist: The man who refused to turn the suffering he saw in war zones into a bland televisual package, and the one who would betray longtime colleagues to please a new lover.

“You know, something was missing in me, some part of me wanted to be a dope fiend,” he confesses in one clip. That dark awareness looms over interviews crammed with frisky anecdotes and fond remembrances, helping explain a death that seemed to many inexplicable. The once miserable, angry child had grown into a brilliant man who suspected his talent and his pain were inextricably linked. “Roadrunner” recognizes that he was probably right.