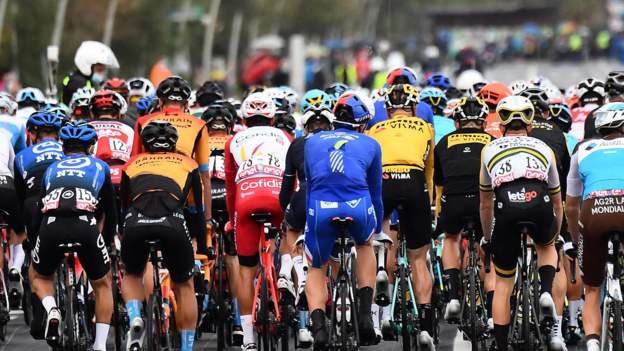 The Mitchelton-Scott team and title contender Steven Kruijswijk have withdrawn from the Giro d’Italia after the latest round of Covid-19 testing.

Jumbo-Visma’s Dutchman Kruijswijk and a Team Sunweb rider both tested positive as did four staff members of the Australian team, from 571 tests.

“As a social responsibility we’ve made the decision to withdraw,” said Mitchelton-Scott boss Brent Copeland.

Find out how to get into cycling with our special guide.

The latest rounds of tests were carried out on 11 and 12 October.

The Grand Tour race, originally scheduled for May, finishes on 25 October.