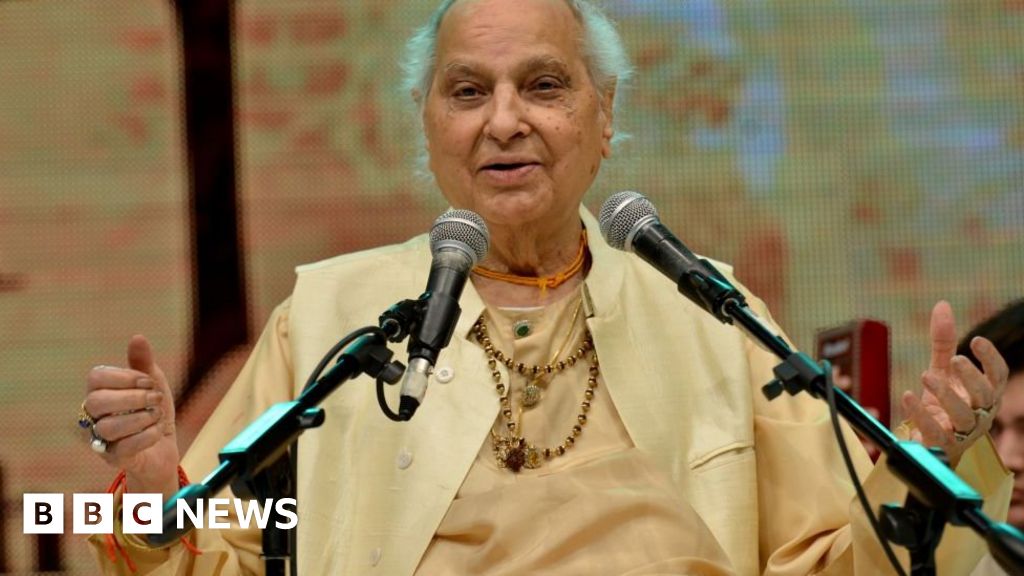 Tributes are pouring in for Indian classical music legend Pandit Jasraj, who has died at the age of 90.

The singer died at his home in the US on Monday after suffering a cardiac arrest.

He enthralled audiences across the world with his soulful performances for more than seven decades.

The maestro also wrote music for some Bollywood films but he will mostly be remembered for making Indian classical music popular across the world.

He was in the US when India went into a lockdown in March to halt the spread of coronavirus. He chose to stay back until travel restrictions were lifted, his family said.

His sudden death has shocked many, including PM Narendra Modi who led the tributes.

Legendary singer Lata Mangeshkar, who worked with Pandit Jasraj, said she was “extremely saddened” by the news.

Pandit Jasraj was born into a family of musicians. His father was a vocalist in a royal court and his two brothers were also musicians.

His training started early and he started performing on stage with his brothers at the age of 11. He soon became known for his unique style – some describe his music as “spiritual and divine”.

His fame grew steady over the years and he became a permanent fixture in many classical music festivals in India and around the world.

His also collaborated with directors on some Bollywood projects but stage performances remained his top priority. He will also be remembered for teaching and nurturing many celebrated music directors and singers.