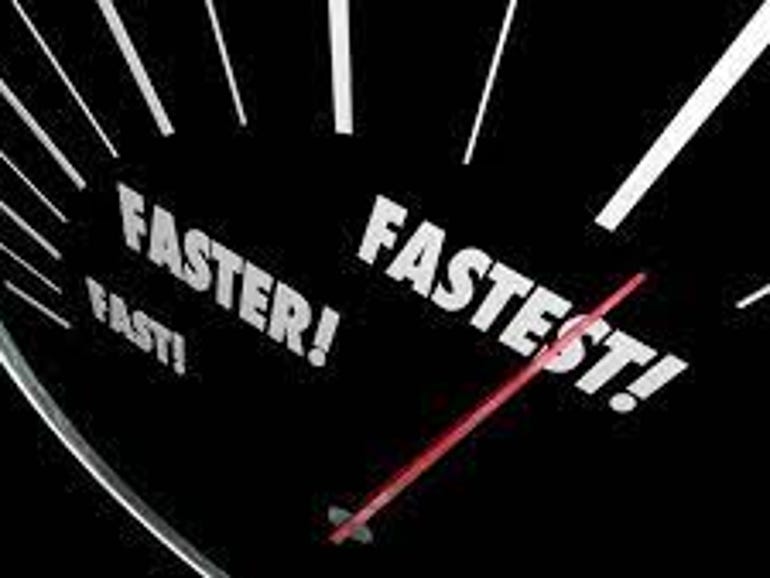 It’s been in the works for some time, but this week, Vertica is finally taking the wraps off its new managed cloud service, branded Vertica Accelerator. Initially running on AWS, Vertica Accelerator will be a service that customers buy through their existing AWS cloud credits, but where Vertica takes charge of all the underlying housekeeping.

Accelerator is based on Eon technology, which Vertica announced several years ago, which provides a cloud-native separation of compute from storage that runs with Kubernetes (K8s), not only at compute tier, but also in the storage tier with its support of MinIO for on-premises deployments.

The wraps began coming off when Vertica announced an early access program back in June, in conjunction with the acquisition of Full360, a company that helps customers migrate their databases from on-premises to cloud-native deployments. Before this, the Vertica platform was available in classic mode, with storage directly attached, or Eon mode, which separated it (they are compared here). It could be deployed on-premises in a private cloud, with object storage, or in AWS, but managed by the customer on EC2.

With this week’s announcement, Vertica is now offering a single-tenanted managed service where it takes care of the housekeeping. Under the hood, Accelerator software patches, upgrades, backups, sharding, and installation. The service allows customers to stick with a fixed set of nodes, or two options for autoscaling: scaling can occur on a scheduled basis, such as from 9am to 5pm during the workweek, or in full elastic mode, where capacity is automatically scales up (or down) based on preset thresholds set by the customer. Accelerator automatically rebalances loads when scaling up or down.

At launch, Vertica Accelerator will run with version 10.1 of the platform, and will include all of the features such as in-database ML; support of Jupyter notebooks (through VerticaPy); Apache Spark 2.0 connector (we expect that in the next few months, support will come for Spark 3.0); and recently introduced built-in time series algorithms, among others.

Customers will order Accelerator from Vertica, where the standard rates will be $0.09/vCPU per hour, plus infrastructure costs (compute and storage) from AWS. Customers have their choice of AWS compute instances from I3 EC2 instances, which are optimized for high IOPS; Vertica offers recommended configurations, but customers make the final choice of instances (they can be mixed and matched) and cluster sizing.

For existing customers, this will be a major shift in how they pay for Vertica, which before Eon, was billed by the terabyte. One of the most common questions raised by customers on a public webinar announcing Accelerator was how their terabyte charges would map to vCPUs. It’s an apples and oranges comparison. For Accelerator, customers only pay for compute, but on AWS, they will pay separately for S3 storage; the difference of course, is that object storage in the cloud should be much less expensive (per terabyte) compared to traditional file storage on which their on-premise Vertica deployments ran.

Announcement of Accelerator follows by several months the unveiling of Vertica 11. The highlights for that release focused on in-database machine learning. VerticaPy, a Python library that exposes functionality similar to Scikit-Learn was updated to support additional data exploration and graphical visualization capabilities. Vertica 11 also added an Apache Spark 2.0 connector; support for Scala 2.12; XG Boost; more PMML integrations; and additional time series algorithms. Vertica says that in the next few months, the Accelerator service will transition to Vertica 11. As a managed database cloud service, the upgrade should be invisible to customers.

While Vertica has largely shifted from traditional licensing to subscriptions, its customer engagements tend to be longer term. Unlike other cloud services, customers don’t pay for Vertica entering a credit card. At less than 10 cents per hour, per vCPU, Accelerator’s compute costs are competitive. But for now, customers must commit to minimum 12-month terms that typically start in the $30,000 range. Nonetheless, assuming that many of their customers already have large AWS footprints, Vertica is positioning this as a way for customers to leverage their existing AWS contracts.

Unveiling of Accelerator is a sharp, and inevitable change in tone for Vertica which, until recently, spoke of cloud fairly agnostically. It developed Eon as the center of the universe for analytics was shifting to cloud. That has been spurred by customer requirements for the operational simplification and scale of the cloud, with emergence of standards such as Kubernetes (K8s) making it feasible for incumbent database providers to respond with their own managed cloud services without having to reinvent the wheel for key capabilities like elasticity.

Ironically, until now, many Vertica customers, who ran their own workloads on AWS EC2, spoke of repatriating back to the data center because Vertica workloads tend to be heavily IOPS-intensive, and under traditional (not Eon) mode, which relied on conventional file storage directly attached to compute, proved too expensive.

Unlike many of its traditional on-premises rivals, some of whom started their own cloud services that were mirror images of their existing architectures, Vertica was more deliberate in its transition to the cloud. It chose to develop and make Eon available to existing customers to try their own cloud implementations before starting its own cloud service. So, this week’s announcement was hardly any secret – it was a question on when, not whether, Vertica would take the plunge into Database-as-a-Service (DBaaS). Vertica is starting with AWS, with Azure to come later.

As the cloud has democratized data, analytics, and advanced technologies such as machine learning, Vertica will be facing the same challenges that counterparts like Teradata and Oracle, whose client bases skewed toward large enterprises, are facing. Today, the entry point for Vertica Accelerator is well into five- to six-figure annual contracts. Just as Oracle has introduced entry level pricing for high end services like the Autonomous Database, we expect that as Vertica onboards existing clients that at some point it will introduce multi-tenanted serverless options available at lower price points, with bundled arrangements that simplify the buying experience. But first things first.