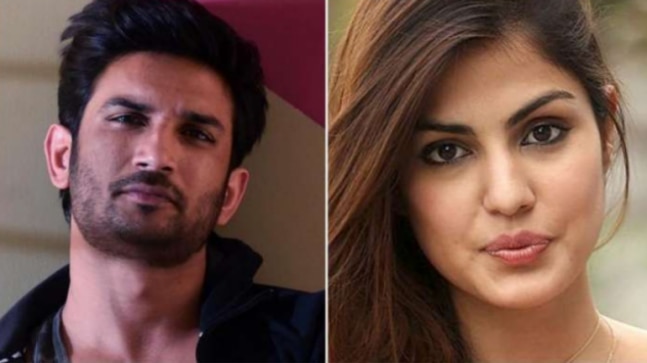 Rhea Chakraborty, who has been named in a complaint by late actor Sushant Singh Rajput’s father KK Singh and accused of taking Rs 15 crore from him, has put out a statement, clarifying her stance on the case. A four-page statement was shared with India Today TV by Rhea’s lawyer Satish Maneshinde, on behalf of the actress. In the statement, Rhea says that she did not know Aaditya Thackeray, and what drove a wedge between her and the family of Sushant Singh Rajput.

Here is the full statement:

“Rhea and Sushant were known to each other over the past several years as they were both working in the Indian film Industry. Rhea and Sushant had maintained a cordial friendship and would occasionally communicate with each other. In April 2019, Rhea and Sushant had attended a party hosted by the film fraternity and shortly thereafter they began dating each other. Even though they spent a lot of time in each other’s homes, they officially moved in together in December 2019 and lived at Mount Blanc, Bandra, till Rhea left on the 8th of June 2020.

“The current allegations being levelled by his family are total nonsense and an afterthought. No allegations whatsoever were made till the 27th of July 2020 by anybody in the family before the Mumbai Police or to any other authority. Their statements were recorded by the police in Mumbai. They are educated and have an IPS officer OP Singh in the family. The allegations are totally concocted and fabricated for ulterior purposes. Rhea denies all allegations of abetment of suicide, misappropriation of funds and others or otherwise. Both the Mumbai Police and the Enforcement Directorate have been handed over all of Rhea’s financial documents which clearly show the falsity of such allegations. She has not received a single transfer from Sushant’s accounts. All her Income Tax Returns have been examined by Police as well as the ED. Neither of them have found anything incriminating against Rhea.

“In the initial months of their relationship, when Rhea had visited Sushant’s house, his sister Priyanka and her husband Siddharth were living with him. On one night, in and around April 2019, Rhea and Priyanka had gone out to a party. Priyanka consumed copious amounts of alcohol and was behaving inappropriately with men as well as women at that party. So, Rhea insisted that they return to Sushant’s home. Upon returning, Sushant and his sister continued drinking alcohol while Rhea retired for the night as she had a shoot the next morning. Rhea was asleep in Sushant’s room when she suddenly awoke to find Priyanka had got into bed with her and was groping her. Rhea was extremely shocked and demanded that she leave the room immediately. Subsequently, Rhea herself left the house. Thereafter, Rhea informed Sushant as to what had transpired and Sushant got into an argument with his sister regarding the same. That due to the aforesaid incident, the relationship between Sushant’s family and Rhea had been strained since inception. Even after his death when a list of 20 people was made to attend the funeral, Rhea’s name was not included in the list and hence she was excluded from attending the funeral.

“In June 2020, Sushant had been calling his family, informing them of his decision to move out of Mumbai and requesting them to come meet him. After several days of Sushant calling and crying over the phone, his sister, Meethu agreed to come live with him on the 8th of June 2020. Due to this development, Sushant requested Rhea to live with her parents for the time being. Rhea had been suffering from her own anxiety issues and often endured panic attacks. Sushant’s conduct also aggravated these conditions. Even though Rhea was desirous of seeing her family, she was not at all comfortable with leaving Sushant. The very same day, 8th June 2020, Rhea had arranged to have a therapy session of her own with Dr Susan Walker and requested Sushant if she could leave after the session. However, Sushant told her to leave immediately before his sister Meethu arrived. Thus Rhea reluctantly left and informed Sushant to let her or her brother know about anything he required or in case he needed to talk.

“There were various reasons that made Rhea apprehensive about the nature of the investigation that would be conducted by the Bihar Police. The Bihar Police registered the FIR on the same day that the complaint was received, despite a delay of over 40 days. The Bihar Police arrived in Mumbai without ever summoning Rhea to cooperate with their investigation. There were several newspaper articles quoting the advocate of the complainant as having stated that the Bihar Police were hesitant to register the FIR but did so at the behest of the political leadership in Bihar. Rhea has not shied away from cooperating with any investigating agency till date, but she is entitled to a fair and impartial investigation by an agency which has jurisdiction to investigate the case. The manner in which the proceedings were instituted and being conducted in Bihar made it appear unlikely that she would receive a fair treatment.

“The comments made at the last hearing before the Hon’ble Supreme Court on the 11th of August 2020, make it evident that this has become more about politics than the truth. Unwanted and irrelevant submissions are being made. The number of politicians taking advantage of this case on the eve of elections in Bihar is evident.

“Rhea does not know and has never met Aaditya Thackeray till today. Neither has she ever spoken to him telephonically or otherwise. Though she has heard of him as a leader of the Shiv Sena. She knows and has met Dino Morea socially as he is her senior in the film industry.”

Rhea Chakraborty was named in the complaint filed by Sushant Singh Rajput’s father KK Singh at the Rajiv Nagar Police Station in Patna on July 25. An FIR was subsequently registered by the Patna police.

Sushant Singh Rajput was found dead in his Bandra, Mumbai home on June 14.