27 July 2020 0 6 mins 2 yrs
New Delhi: As the Rajasthan political tussle has taken a new turn over the issue of convening the assembly session, chief minister Ashok Gehlot told ET in an interview that BJP and Sachin Pilot, who claimed that his government was in minority, “are now running away from the floor test” after the Congress MLAs demonstrated “majority support” in front of the Raj Bhavan and the people, exposing the “bogus claims” of BJP and Pilot.

While his Cabinet on Sunday sent a fresh recommendation to governor Kalraj Mishra on convening the session from Friday to discuss issues including Covid-19, the CM stressed that it’s the prerogative of the business advisory committee of the assembly to decide on the session’s agenda, including a proposal on trust vote.

“BJP and Sachin Pilot, who have been fooling many by claiming that our government is in minority and unstable, are now running away from the assembly session by conceding that they have no numbers to defeat our government. Our government has demonstrated majority support of MLAs before the governor at the Raj Bhavan, before the media and the people, exposing the bogus claims of BJP and Pilot. That is why they are opposing session,” Gehlot told ET.

When asked whether the government will opt for a trust vote as and when the session is convened, Gehlot said: “Our Cabinet wants to convene the session to discuss many issues, including Covid-19 and the economic situation. At the same time, the rules and procedures of the assembly make it clear that it’s the prerogative of the business advisory committee to decide on the issues — be it bills, a trust motion or subjects for discussion — that should be taken up during the session, based on the proposals received from the government and other parties. Our government certainly intends to prove majority on the floor of the House during the session in order to expose the horse-trading, bogus claims of BJP and deserters and also to reassure the people of Rajasthan that their government is absolutely stable and working effectively.”

On the governor’s reservations about convening the session, the three-term CM said: “The Constitution makes it clear that the governor has to go by the aid and advice of the government after the Cabinet recommends an assembly session. There is absolutely no dispute about the government’s majority. Further, many landmark judgements by the Supreme Court — in 1974, 1997 and in 2016 — have said that the governor has to follow the advice of the Cabinet on the issue… Yet, I don’t want our governor to be seen in a poor light by the country and so our Cabinet has made a second recommendation to him to convene the session. I hope and trust that the governor will uphold the constitutional and legal positions and will not succumb to the attempts by some people in Delhi to pressurise him to commit constitutional and legal sacrileges.”

Gehlot rejected as “silly” BJP’s accusation that he threatened the governor by having his MLAs stage dharna at Raj Bhavan. “When Bali Ram Bhagat ji was the governor of Rajasthan (1993-98), then CM and BJP leader Bhairon Singh Shekhawat Ji had staged a dharna at this very Raj Bhavan. These BJP leaders should at least read their own records. The slogans of ‘Raj Bhavan gherao’, ‘assembly gherao’ have been part of our democratic protests. Parts of Delhi’s Jantar Mantar Road and Parliament Street have always been reserved for staging ‘Parliament gherao’ agitation.”

The CM said the political and legal tussle in Rajasthan have now acquired a national proposition. “Ever since the Modi government assumed office six years ago, the Centre and BJP have been toppling elected governments of the opposition parties, especially Congress’, through unconstitutional methods and horse-trading. They did it in Goa, Karnataka, Manipur, Madhya Pradesh and attempted it in Maharashtra and now in Rajasthan. The time has come to hold the bull by its horns. I am happy that Sonia Ji and Rahul ji have rallied Congress across the country to launch an agitation to save democracy from the ways of BJP and the Centre. We will demonstrate before the Raj Bhavans on Monday and, if needed, we will stage dharna outside the PM’s residence and Rashtrapati Bhavan.

When asked whether the Centre was working to sack his government, the CM quipped: “On what grounds? We have an absolute majority and we are providing good governance by following all constitutional provisions.”

On Pilot camp still claiming to be part of Congress, the CM said: “I have all through said it is a Centre Vs state government and BJP Vs Congress fight. He (Pilot) has chosen to sit in BJP’s lap and has become a puppet, who has to do whatever BJP dictates. Only a few clueless observers in Delhi are still trying to project this puppet as a leader.” 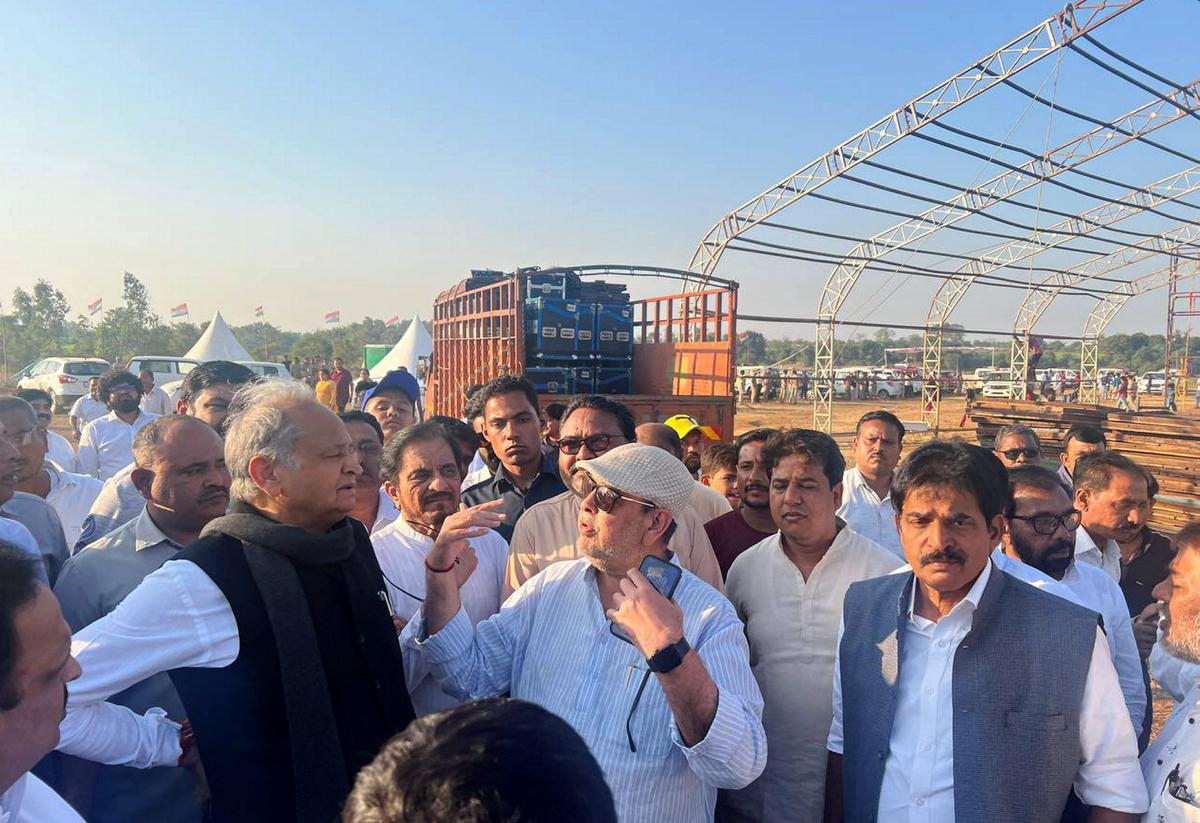