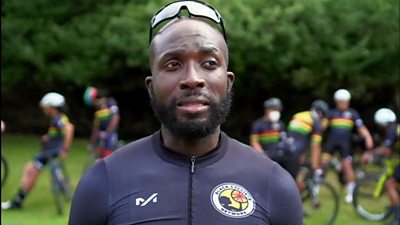 Mani Arthur was stopped and searched by the police last year during a ride to promote diversity.

His complaint against the officers has been upheld by the police watchdog, the IOPC.

Official figures show that in London, if you are black, you are four times more likely to be stopped and searched.

The IOPC has told the BBC they will take on more investigations to try to prevent this from happening.

Mani says incidents like these are examples of why diverse riders need a space and why he created this club for them.