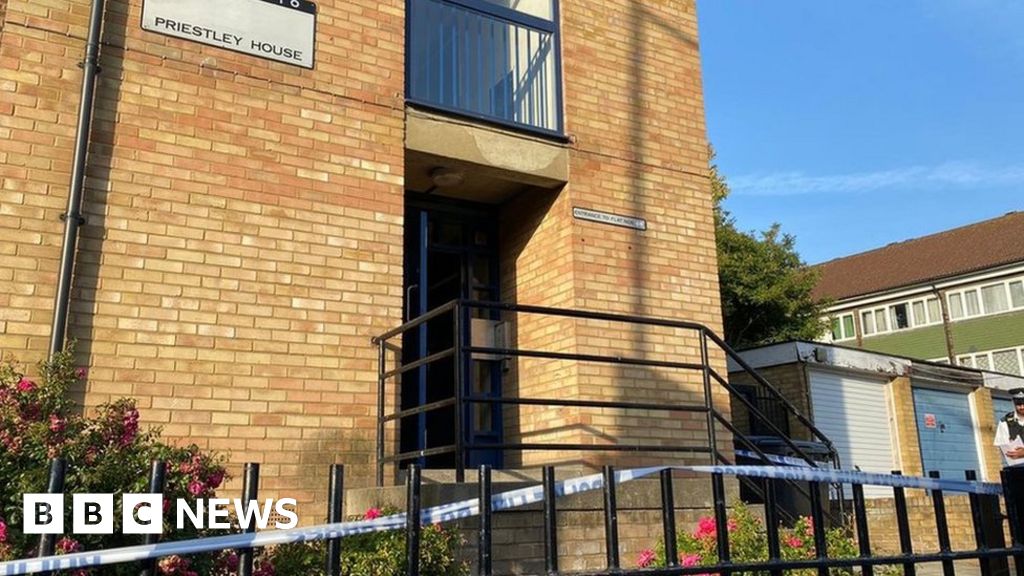 A man has been stabbed to death at a flat in London, with another arrested on suspicion of murder following a stand-off with police.

The victim, believed to be in his 60s, was found with multiple stab wounds in Priestley House, Wembley, at about 10:00 BST.

Police said while paramedics attempted to save him, a man, aged 45, barricaded himself into a nearby address.

After negotiations, a Taser was deployed and he was arrested.

The Metropolitan Police said the victim and suspect were known to each other.

Three hours before the death, police had attended the same location following a noise complaint and reports a smoke alarm had been activated.

The Met said a man inside the property was spoken to and officers left.

Due to the previous police attendance, the Met’s Directorate of Professional Standards has been informed.

The victim was pronounced dead at the scene.