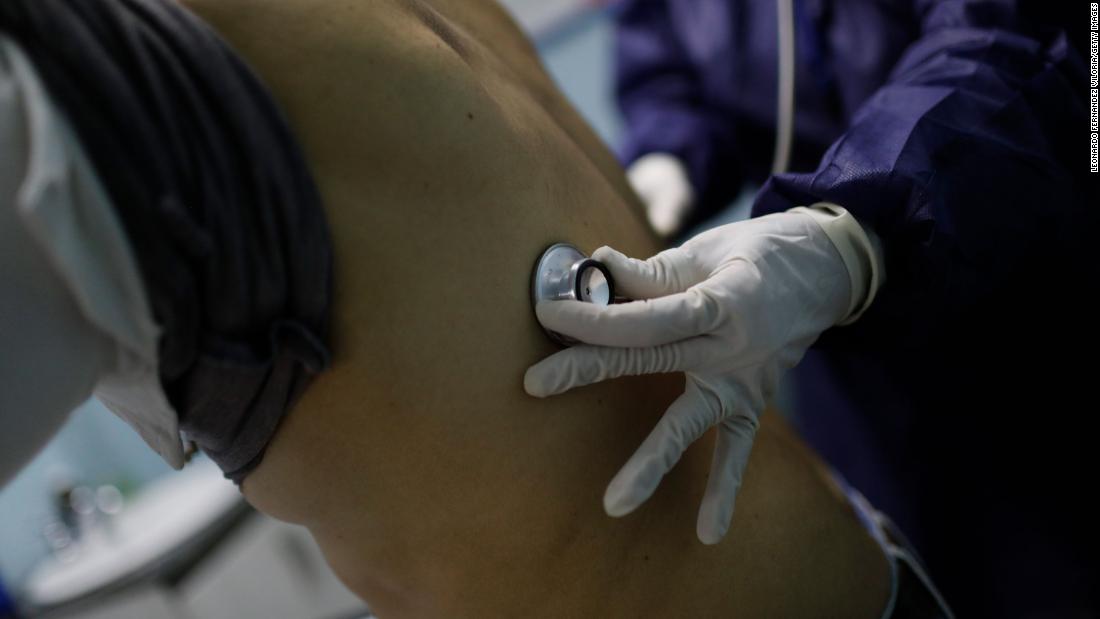 Last month, the US Treasury approved Juan Guaidó, Venezuela’s opposition leader, to use Venezuela sovereign funds stored in the United States to pay a $100 monthly bonus to health workers for three months.

Guaidó wields little actual clout in the country — which is controlled by embattled president Nicolas Maduro — but was recognized by dozens of countries as Venezuela’s legitimate head of state after disputed elections two years ago. The funds he is distributing were seized by the US from Maduro’s government, as part of a larger strategy to force it out of power.

On Saturday, Guaidó announced that 3,000 Venezuelan workers had received an initial sum of $100 ​– a considerable sum for health workers who normally make less than $20 a month. Two doctors in two Venezuelan cities, who spoke on condition of anonymity because they feared retaliation from the Maduro government, confirmed to CNN they had received the money.
Over the next three months, the opposition says it expects to distribute more than $18 million to more than 62,000 health workers​, according to a statement last month, as reported by Reuters. Priority will be given to recipients in border states where the coronavirus pandemic has hit hardest — doctors in the western city of Maracaibo, one of the biggest Covid-19 hotspots in Venezuela, were among the first to receive the payment, the opposition announced in a tweet last week.

“The bonus is a significant boost, not just in terms of finances, but also as a motivation: we feel our work and sacrifices are recognized,” said a doctor in Caracas who was hoping to receive his bonus soon and who also spoke to CNN on condition of anonymity.

But the funding is set to deepen the institutional conflict at the heart of the Venezuelan state. Guaidó hopes to demonstrate that his administration is more capable than Maduro’s when it comes to looking after Venezuelan citizens, as they battle the pandemic with few resources after years of economic collapse, including hyperinflation.

But while Guaidó had to wait for the US authorization to access the funds, his rival also found support abroad. Maduro’s ​government says its traditional allies have already stepped in to help​, sending hundreds of doctors from Cuba ​and medical supplies from both China and Russia.

The Maduro government has not reacted to Guaidó’s announcement on disbursing funds, and Venezuela’s information ministry did not respond to a request for comment from CNN.

Receiving the funds is technically illegal ​under Venezuelan law. Because of currency controls in Venezuela, the payment is processed on a digital platform widely used on the informal black market. The platform, AirTM, is illegal in Venezuela — healthcare workers must access it through a virtual private network to bypass digital checkpoints set up by the Maduro government.

Between those digital obstacles and Venezuela’s continuous power outages, actually getting the bonus is a grueling task, one doctor told CNN. “One of my colleagues couldn’t set up an account in the app because his internet is too bad. I don’t know what he’s going to do now,” the doctor said.

Some who received the money told CNN that they intend to spend it on personal ​protective equipment and food supplies. Venezuela’s hospitals regularly operate without basic services such as running water and electric power, much less oxygen and face masks.

Venezuela has reported over 50,000 cases and more than 400 deaths so far due to the coronavirus, according to figures released by the Maduro government. More than half of the total cases were reported in August, signaling the virus is spreading faster than in the first half of the year.

But Venezuelan opposition and international human rights organizations have questioned the government’s capacity to collect health data, accusing Maduro of downplaying the crisis.