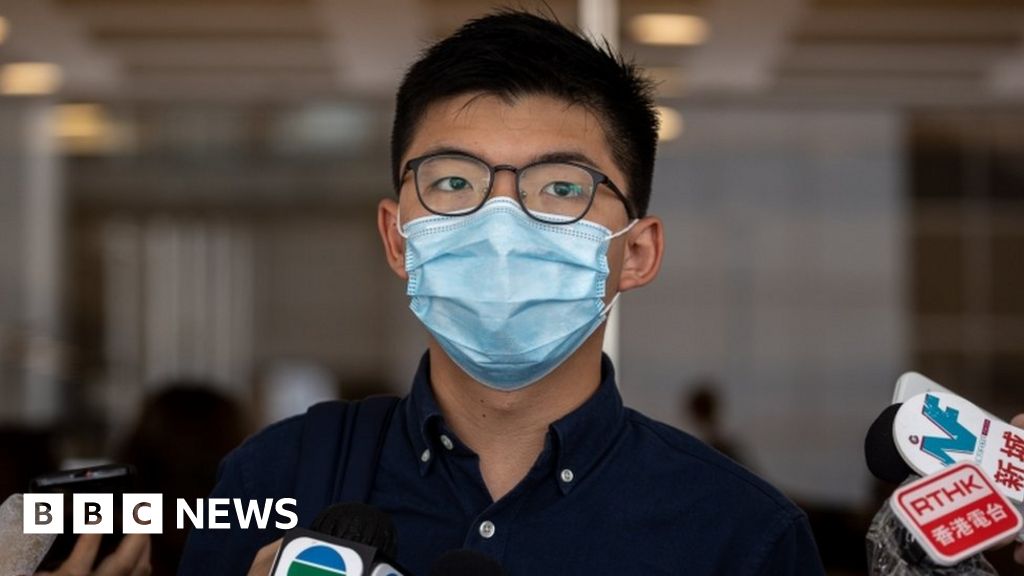 The appeal on Sunday was made by the foreign ministers of the UK, Australia, Canada, New Zealand and the US.

The ministers said they were “gravely concerned by the Hong Kong government’s unjust disqualification of candidates”.

They condemned a year-long postponement of September’s elections as disproportionate.

The chief executive of Hong Kong, Carrie Lam, announced the delay at the end of July, blaming a rise in coronavirus infections in the territory.

At the time, Hong Kong’s outbreak appeared to be worsening, but daily cases have been declining since 30 July, when a record rise of 149 infections was reported.

Opposition politicians and activists has accused the government of using the coronavirus pandemic as a pretext to stop people from voting.

Opposition activists had hoped to obtain a majority in the Legislative Council (LegCo) in September’s poll, capitalising on anger at Beijing’s imposition of a controversial national security law in Hong Kong.

Hong Kong, a former British colony, was handed back to China in 1997 under an agreement meant to guarantee a high degree of autonomy for 50 years.

But critics say that the territory’s freedoms are being eroded.

What did the statement say?

In a joint statement, the five foreign ministers said moves to disqualify candidates and delay the elections “have undermined the democratic process that has been fundamental to Hong Kong’s stability and prosperity”.

The ministers, including the UK’s Dominic Raab, called for the disqualified legislators to be reinstated.

The security law imposed by China was “eroding the Hong Kong people’s fundamental rights and liberties”, the minister said.

“We support the legitimate expectations of the people of Hong Kong to elect Legislative Council representatives via genuinely free, fair, and credible elections,” they added.

The statement comes at a time of heightened tensions between China and western governments, with Hong Kong’s freedoms one of many issues causing acrimony.

On Friday, the US imposed sanctions on a group of Chinese and Hong Kong officials – including city leader Ms Lam – involved in enforcing the security law.

Earlier this week, the Trump administration moved to ban US transactions with the Chinese owners of the WeChat and TikTok apps.