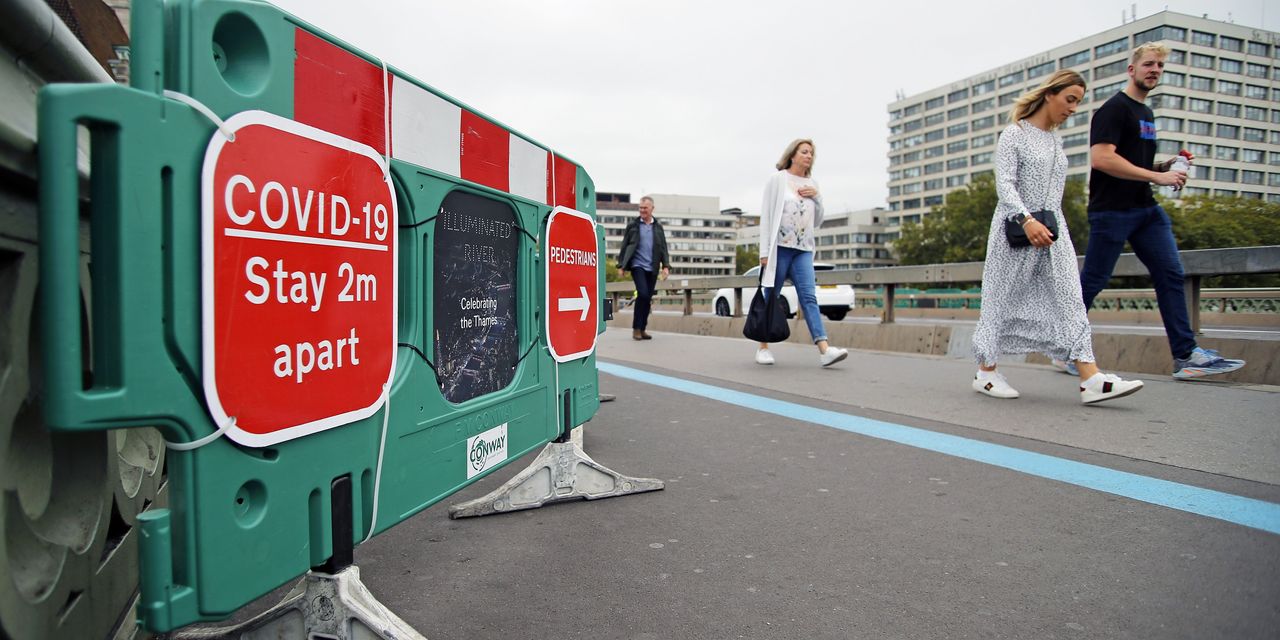 LONDON—The U.K. placed new limits on social gatherings to stem the spread of coronavirus, becoming the latest country in Europe to reimpose restrictions on daily life amid a surge in cases there.

The move highlights European governments’ anxiety that coming months could bring another severe bout of illness and death if the spread of Covid-19 isn’t checked now.

The increase in recorded cases across the Continent has been driven by better detection as well as spreading infections among younger age groups, as bars and restaurants reopened, travel resumed and workers returned to offices and factories throughout the summer. The U.K.’s median age of positive cases, for example, was 31 at the end of August, compared with 52 in June.

Newly detected cases appear overwhelmingly mild: Hospitalizations and deaths linked to Covid-19 have remained more or less stable at low levels in most countries, even as more cases are reported, according to the European Centre for Disease Prevention and Control.

But worry in European capitals is that without firm action now, the infection could once again percolate by winter to groups at higher risk of severe illness and death, including the sick and the elderly, threatening to put extra strain on hospitals at a usually busy time of year.