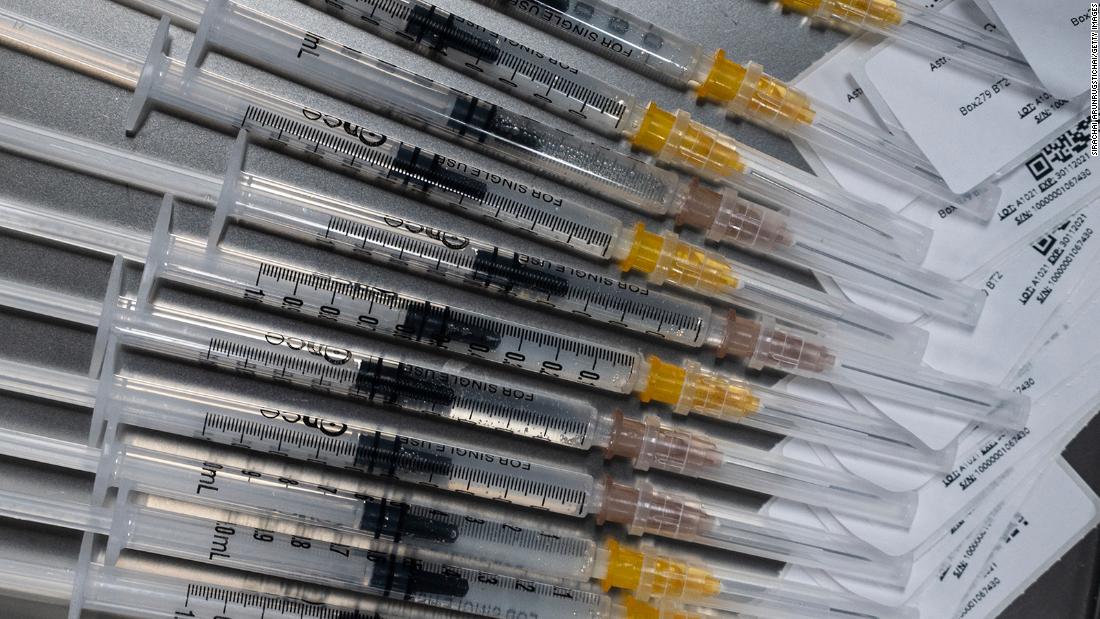 There has been no research released specifically about mixing the two types, but a growing number of countries are looking at mix-and-match approaches to better protect from highly transmissible variants — with Vietnam the latest.

At a health ministry news conference, Yong Poovorawan, a virology expert at Chulalongkorn University, said 1,200 people in Thailand had already received the Sinovac-AstraZeneca combination — in different orders — mainly due to allergic reactions to their first doses, requiring them to change vaccine.

“There were no severe side effects, which indicates that it is safe for real usage,” Yong said.

Yong said a preliminary result from his study on 40 subjects showed a shot of the inactivated vaccine of China’s Sinovac followed by one of the viral vector vaccine of AstraZeneca resulted in a similar buildup of antibodies to recipients of two doses of the AstraZeneca shot.

Thailand announced on Monday that combination would be adopted.

But some critics called that risky.

“Thai people are not test subjects,” said Rewat Wisutwet, a doctor and lawmaker from the Seri Ruam Thai Party.

In Nonthaburi, a province bordering Bangkok, an offer on Facebook by health authorities for 20,000 people to receive the Sinovac-AstraZeneca mix drew close to 700 mostly critical comments.

“I am not a lab mouse,” said one post, while another said: “This is like playing with peoples’ lives.”

Another wrote: “If the first dose is Sinovac, then please cancel it.”

Sinovac did not respond to Reuters’ request for comment on the Thai plan Monday and AstraZeneca said vaccine policy was for each country to decide.

Thai health authorities said Monday that health care workers would receive a booster shot of either AstraZeneca or Pfizer, after 618 of more than 677,000 medical personnel who received two doses of Sinovac tested positive for Covid-19. Of the 618 who tested positive, only two became seriously ill, including one nurse who died.

“Despite that, all vaccines have been proven to be efficient in preventing hospitalization and death,” Ministry of Foreign Affairs official Pensom Lertsithichai said at a briefing Monday, adding that medical workers had high exposure to Covid-19 which could have contributed to “vaccination failure.”

Thailand is suffering its worst coronavirus outbreak yet and authorities on Tuesday approved use of home rapid antigen self-test kits, as the capital Bangkok’s health care and testing facilities come under strain.

It has also given the go-ahead for home or community isolation for asymptomatic or mildly symptomatic cases.

Thailand recorded 8,685 infections and 56 deaths on Tuesday, among the 353,712 cases and 2,847 fatalities overall — most of those recorded in the past three months.