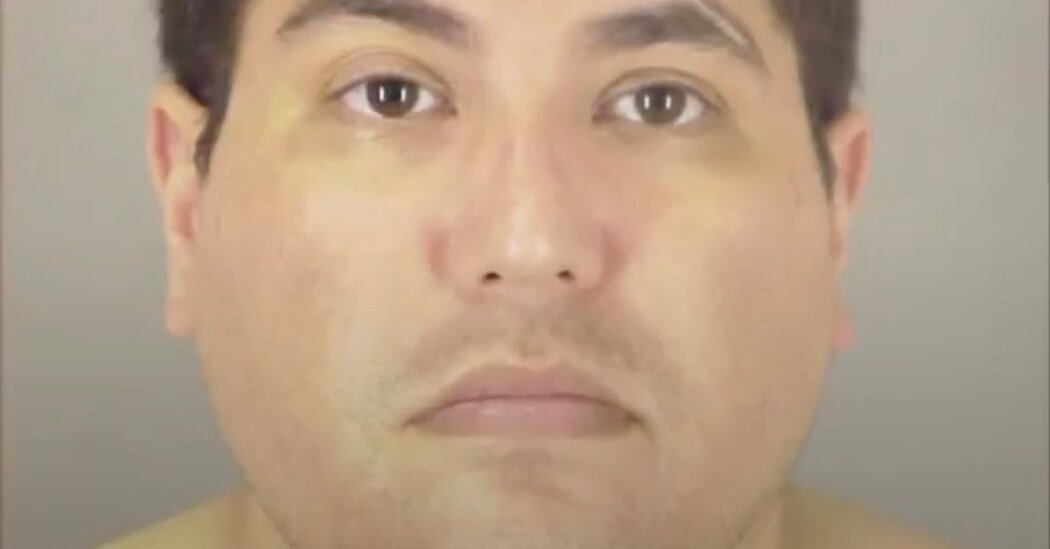 A Beaumont, Texas, man was sentenced on Wednesday to five years in prison for planting a pair of bombs, terrifying the city in the weeks after a deadly bombing spree rocked Austin in 2018.

Mr. Torres, 42, was arrested in May 2018 after a weekslong campaign that began with the planting of a bomb that was discovered undetonated at a Starbucks on April 24. The next month, a bomb left at a church on May 10 did explode, but caused only property damage. He also sent menacing messages to the police on comic book-themed postcards, officials said.

Mr. Torres had pleaded guilty to possessing the bomb that was planted outside the Starbucks. He was convicted in a bench trial of setting off a bomb two weeks later outside an Episcopal church that broke a window and damaged the church’s brick exterior.

Ryan Withington Gertz, a lawyer for Mr. Torres, said he planned to appeal the conviction related to the church bombing, arguing that it was outside the federal government’s jurisdiction to prosecute such a crime because it did not substantially affect interstate commerce.

“We think it is an important issue,” Mr. Gertz said in an interview. “We need to right the ship here.”

Mr. Gertz also noted that Mr. Torres has been in custody since his arrest and therefore has already served about half of his sentence.

A phone message seeking comment from the prosecutor was not immediately returned Wednesday night.

The terror in Beaumont began early one morning in late April 2018. A Starbucks customer noticed a box marked United States Postal Service priority mail on the store’s outdoor patio and gave it to an employee, officials said. The employee left the box on a manager’s desk, where it sat until the manager arrived to work two days later, officials said. She began to open the box and saw it contained a message: “HAJI DIE … USA … — JH.”

The manager stopped opening the box and alerted the Beaumont Police Department. The device had a 5.56-millimeter round of ammunition glued to a Tomcat brand mouse trap, along with screws and nails, officials said. The device did not contain a firing pin, which would have been necessary to make it operable, according to court records.

The next day, the police received a postcard that said, “Do you want BMT to Become another Austin … J Hancock,” clearly a reference to the Austin bombings weeks earlier.

In March 2018, as many as six devices planted throughout Austin, about 245 miles west of Beaumont, killed two people and injured several others. The suspect in those bombings died on March 21 when he blew himself up in his pickup truck as he was being chased by the police, officials said.

Back in Beaumont, around 3 a.m. on May 10, a bomb blew up outside St. Stephen’s Episcopal Church. The device also contained a Tomcat brand mouse trap, exploding material and packaging similar to the device found at the Starbucks, officials said.

On May 11, the police in Beaumont received a postcard featuring an image of the “V for Vendetta” comic book that included the message “WOULD YOU LIKE TO PLAY A GAME … JH.” On May 14 the police received another postcard, this one featuring the “Creature From the Black Lagoon,” with the message: “There were two others. Did you not get them?” It, too, was signed “JH.”

Days later, another postcard arrived, signed by “JH.” This one featured an image from the comic book “The Atom.”

Mr. Torres drew the attention of law enforcement authorities after a mail handler identified him as a person who regularly sent science fiction postcards, officials said.

When officials later searched Mr. Torres’s home, they found a “Tomcat brand rat trap,” a postcard collection and other material linking him to the bombs, officials said.