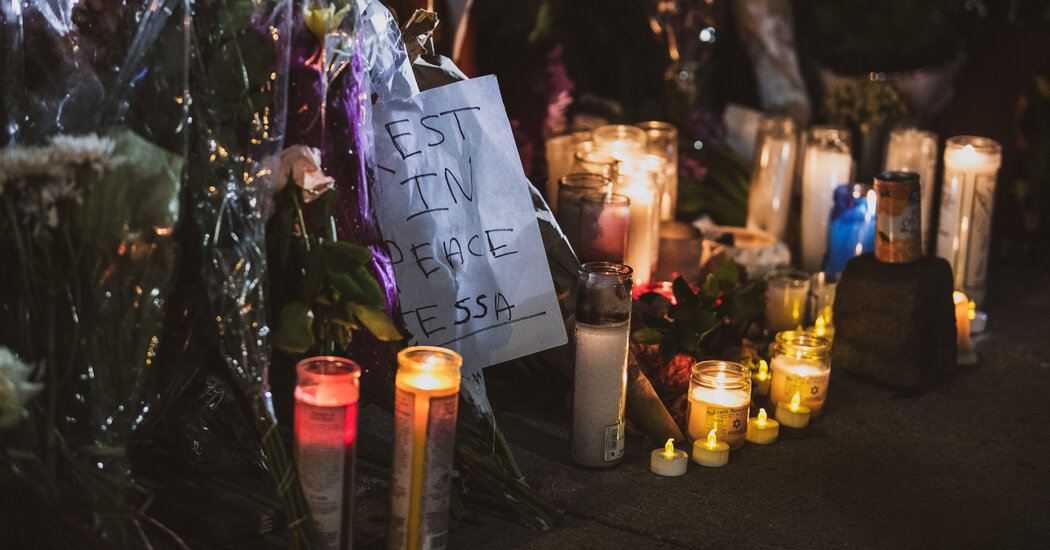 When Tessa Majors, an 18-year-old Barnard College student, was found murdered in Morningside Park in 2019, New York City convulsed in grief and shock.

For many, the brutal stabbing recalled an earlier time, from the sudden violence of a crime committed against a young woman to fears that investigators would crack down on innocents, as they had in the Central Park Five case decades earlier.

But Ms. Majors’s story was not a vestige of an earlier time. It was a 21st century tragedy. And on Tuesday, a 16-year-old boy pleaded guilty to her murder in Manhattan criminal court, a sad ending to the story that began on a chilly December evening in Morningside Park.

The boy, Luchiano Lewis, who was charged as an adult, pleaded guilty to second-degree murder and first-degree robbery. He will be sentenced in October.

In a Manhattan courtroom on Tuesday, a judge asked Mr. Lewis if he was in fact guilty.

He paused, and said yes.

Prosecutors have said Mr. Lewis and another boy, Rashaun Weaver — along with their middle school classmate, who pleaded guilty to a robbery charge as a minor — entered the park that December evening in search of someone to rob. (Mr. Weaver pleaded not guilty.)

They settled on Ms. Majors, a first-year student and punk rock musician from Virginia who had just months earlier proudly booked her first real gig in New York City.

When Ms. Majors fought back, biting one of the teenagers on the hand, one of them placed her in a headlock and the other stabbed her multiple times, the police and prosecutors have said.

Ms. Majors, who a witness heard screaming for help, broke free of her assailants, and after climbing a set of stairs, collapsed on a corner outside the park. She was found there, lying face down and already having lost a significant amount of blood. She died at an area hospital; a medical examiner later found that she had been stabbed several times in the chest, including one stab wound to her heart.

Prosecutors later said that the attack took about five minutes, as Ms. Majors called for help.

The following day, the police interviewed a classmate of Mr. Lewis and Mr. Weaver, telling him that they had video footage and other evidence of the crime. The boy confessed and was later sentenced to up to 18 months in a juvenile detention facility. The sentence drew a rebuke from Ms. Majors’s family, which issued a statement saying, “There are no minor actors in the murder of Tess Majors.”

The family could not immediately be reached for comment about Mr. Lewis’s guilty plea. Ms. Majors’s family was present in the courtroom.

It was determined that Mr. Lewis and Mr. Weaver could be tried as adults, as is a matter of prosecutors’ discretion for teenage defendants who are accused of certain violent crimes. Cyrus R. Vance Jr., the Manhattan district attorney, said after Mr. Weaver was charged that his office would take special care to safeguard the teenager’s rights.

Mr. Lewis was arrested two months after the murder, and accused of having restrained Ms. Majors to keep her from fleeing. He initially pleaded not guilty and was ordered to be held without bail at a juvenile detention facility.