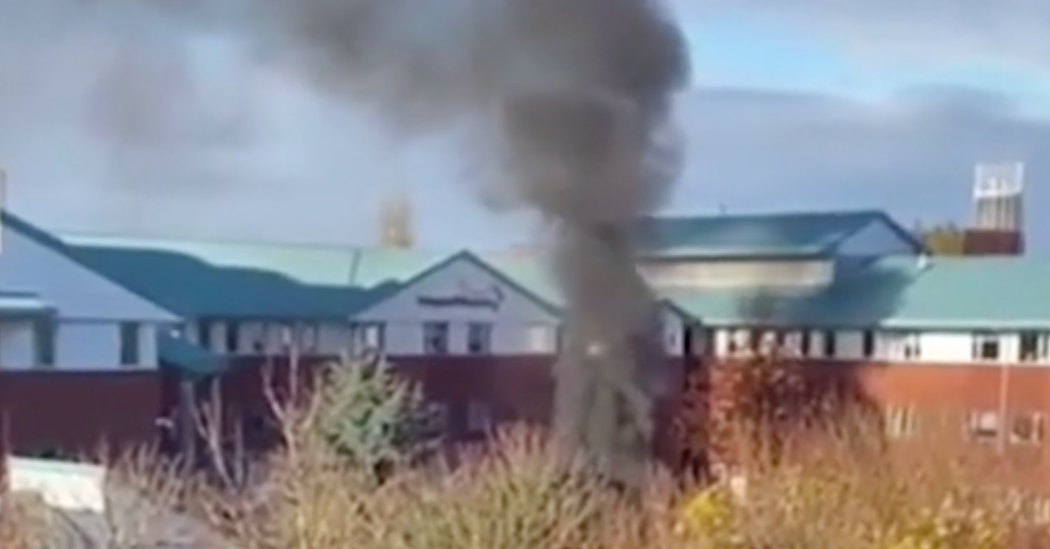 Three men were arrested under Britain’s Terrorism Act after a taxi exploded outside a hospital in Liverpool, England, on Sunday morning, killing one person and injuring another, the authorities said.

The cause of the explosion was not immediately clear. About eight hours after it was reported, the authorities announced that three men, aged 21, 26 and 29, had been arrested in the Kensington area of Liverpool. Their names were not immediately released.

Counter Terrorism Policing North West, part of a national alliance of police forces, said it was leading the investigation with support from the Merseyside Police in Liverpool.

At about 11 a.m. local time, the police responded to reports that a taxi had pulled up outside Liverpool Women’s Hospital and exploded, the Merseyside Police said in a statement.

“Work is still ongoing to establish what has happened and could take some time before we’re in a position to confirm anything,” Chief Constable Serena Kennedy of the Merseyside Police told reporters on Sunday.

Ms. Kennedy said the authorities were “keeping an open mind” as they investigated.

Given the circumstances of how the explosion occurred, she added, Britain’s Counter Terrorism Policing would lead the investigation. Britain’s home secretary, Priti Patel, said on Twitter that she was receiving regular updates “on the awful incident at Liverpool Women’s Hospital.”

In an update on Sunday night, the Greater Manchester Police said a “large cordon” had been placed on Rutland Avenue in Liverpool, about a mile and a half from the hospital, and that a few homes had been evacuated as a precaution. The evacuation was part of an investigation into the explosion, the police said on Twitter.

It was unclear whether any of the three men who had been arrested lived on Rutland Avenue.

Information about the person who was killed in the explosion was not immediately available.

A second victim, a man, was hospitalized with injuries that the authorities said were not life-threatening. Phil Garrigan, the chief fire officer of the Merseyside Fire and Rescue Service, told reporters on Sunday that the man “had left the vehicle prior to the fire developing to the extent that it did.”

The fire from the explosion was extinguished quickly, Chief Garrigan said.

The mayor of Liverpool, Joanne Anderson, said in a statement that “the incident at the Liverpool Women’s Hospital is unsettling and upsetting and my thoughts are with those affected.”

In a statement on Sunday night, Ms. Kennedy said that investigators were still asking for information and that there would be “an increased and visible police presence on the streets of Merseyside.”

“It is also important,” she said, “that, at this very early stage, people do not speculate about what has happened.”