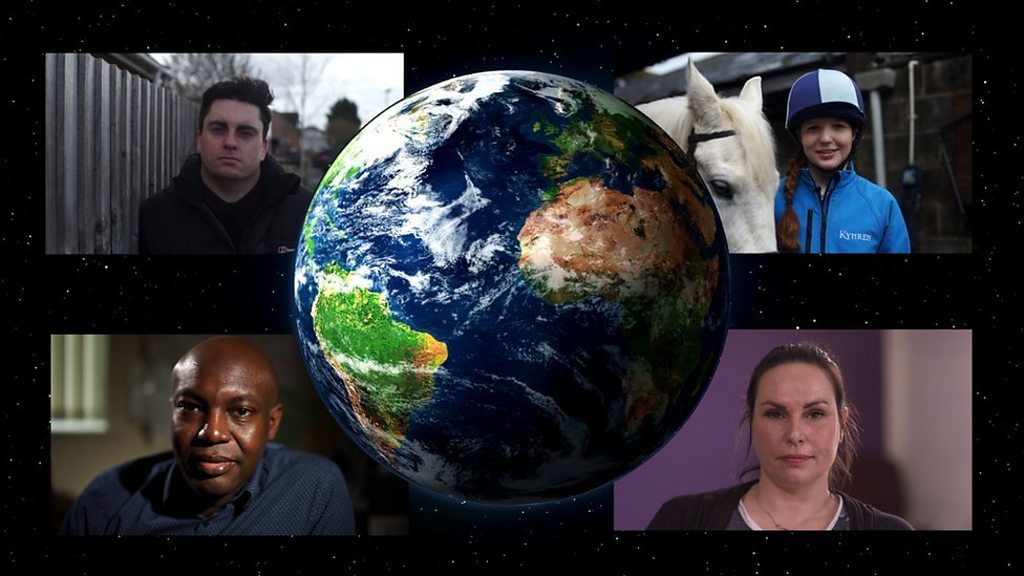 A frequent flyer tax, phasing out polluting SUVs and restricting cars in city centres are among climate change solutions suggested by members of the public.

A citizens’ assembly of 108 people from all walks of life published its report after weeks of debate.

They proposed curbing road building and using the pandemic to cut emissions.

The report says the government must show leadership on climate change and insists climate policies must be fair to all – especially the poorest in society.

Its radical conclusions may offer political cover to ministers who’re typically nervous of a public backlash against policies that affect lifestyles.

What is the citizens’ assembly?

The group, or citizens’ assembly, was set up by six government select committees – groups of MPs who look at what the government is doing and scrutinise policy.

Members of the assembly were chosen to represent a spectrum of views from all over the UK and committed 60 hours of their time to studying and debating climate change.

They met over six weekends and were asked how to come up with ideas to help the UK achieve net zero emissions by 2050. Their conclusions have been published in a report that is more than 550 pages.

What have they said?

The members said it was “imperative that there is strong and clear leadership from government” to tackle climate change.

One member, Sue, from Bath, said: “Even with the country still reeling from coronavirus, it’s clear the majority of us feel prioritising net zero policy is not only important, but achievable.”

Hamish, a software engineer from rural Aberdeenshire, told BBC News the government needed “to develop a long-term strategy to help us”.

A key theme of the report is education. Ibrahim, a GP from Surrey, said: “The media has to take a role – schools as well. We perhaps need to look at the curriculum.

“You can’t go to someone and say ‘you need to switch to the hydrogen boiler because it’s low CO2’ but they have no idea [about it]. You’re more likely to get a buy-in from people when they know about the issues.”

Members said the government should start phasing out the sale of polluting new vehicles such as SUVs, and clamp down on adverts for highly-polluting goods.

Another central message is the need for policies to be fair. Amanda, from Kent, said: “Electric cars have to be more affordable to everybody – not just people who earn enough money.”

Tracey, a mother from Northern Ireland, said: “I would be a frequent flier myself – so I would say there needs to be something there to stop us from taking so many flights – to reduce our emissions.”

On the subject of what we eat and how we use the land, the assembly urged a voluntary cut of 20-40% in eating red meat.

“The government can’t legislate against eating red meat,” Amanda told us, “but with education, advertising and labelling I think we can change their attitudes towards eating red meat – as we did with smoking.”

Most members were not very keen on nuclear – or on burning wood in power stations – and most weren’t confident in carbon capture and storage.

They think the government should be harnessing the Covid crisis to limit support for high-carbon industries.

What’s the reaction been?

The MPs behind the assembly said the report “provides a unique insight into the thinking of an informed public to the trade-offs and changes required to help deliver on the objective that parliament has agreed”. They said: “Their work merits action.”

Crispin Truman, from the countryside charity CPRE, said it shows “public appetite to end the UK’s contribution to the climate emergency has far outstripped government action.”

And Tom Burke, from the climate change think tank, e3g, added: “This is a striking tribute to the common sense of the British public. There is a clear lesson for politicians and editors across the political spectrum about the role our citizens are capable of playing in shaping public policy.”

However, radical green group Extinction Rebellion (XR) condemned the proposals as too timid to meet internationally-agreed proposals limiting the global temperature rise to 1.5C. They warned that the report could get buried in government bureaucracy.

The committees behind the report have asked Prime Minister Boris Johnson to respond before the end of the year.

This may be challenging as, according to a recent report by the Institute for Government, Covid and Brexit have forced climate change down the government’s priority list – a claim the government denies.

A government spokesperson said it would study the report.

The organisers of the assembly have requested that only first names of members are used in the media.