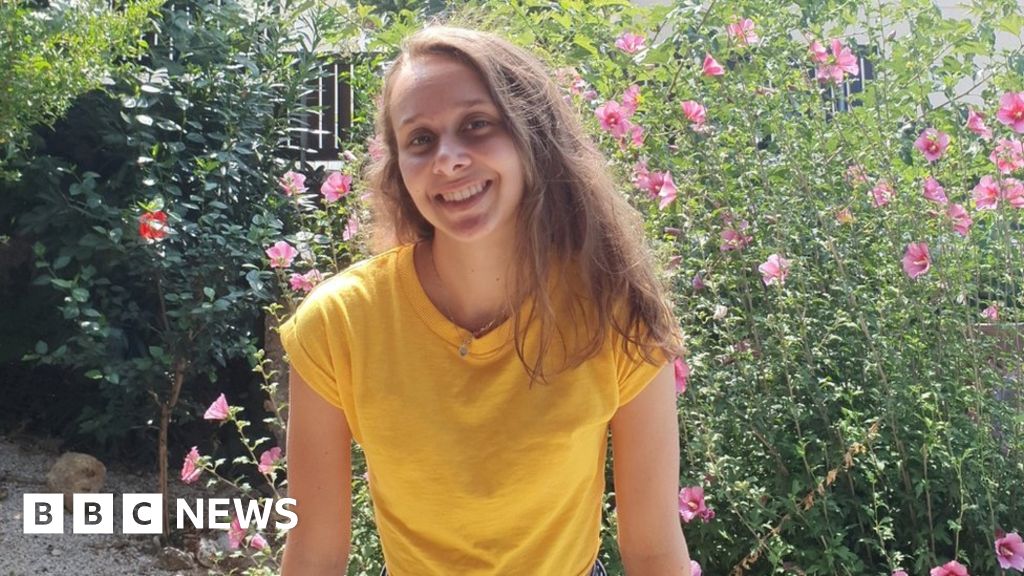 A-level students in England will be given grades estimated by their teachers, rather than by an algorithm, after a government U-turn. Here are some reactions from those who, amid the confusion, still don’t know if they have lost their university places.

‘This should have happened last week’

Emily King doesn’t feel much better about the government’s decision, because “not that much has changed”.

The 18-year-old from Whittlesey, Cambridgeshire, says being downgraded from a C to a U in A-level biology last week “really knocked my confidence” – and meant she was rejected from the University of Lincoln, where she had an offer to study midwifery.

Emily has emailed the university since the government announcement, but still doesn’t know if she’s in or not. She’s got no other offers so will face a year out and will apply again next year if Lincoln say no. “I’d have to re-do that whole interview process again, which takes up a lot of time and a lot of money,” she says.

Emily says she’s not found much comfort in the idea of being awarded her predicted grades. “I’ll always know that I was given a U. And I know that I didn’t deserve that grade,” she says.

“I’m pretty happy [about the U-turn] but also a bit annoyed. This should have happened last week. Or even a month ago.”

Like Emily, Josh Reid is also repeatedly refreshing his inbox for email confirmation – but he has been told there will be a place for him to study theology at Oxford University’s Regent’s Park College – in line with his initial offer – once he’s sent over his teacher assessed grades.

“I’m just completely over the moon. It’s been just an utterly horrific few days in terms of stress and anxiety, just trying to get this all sorted. Just to finally have confirmation that our grades will be changed – it’s such a relief,” he says.

The 19-year-old, from Woking, says it was “frustrating” and “heart-breaking” to be downgraded last week. “I was so furious that I was getting these grades that in no way shape or form represented any of the work I had done over the past two years.”

Although his place is more or less secure, Josh’s anger hasn’t abated. He says the government has had months to come up with an alternative way of grading students whose exams were cancelled because of the coronavirus pandemic.

“They’ve had five or six months to do it, and to get it so wrong – it just puts so much stress on students. And [the confusion] really just showed that, for whatever reason, the students weren’t the priority.”

‘I still feel a bit let down’

“I’m relieved but quite frustrated at the same time. It’s too late,” says Zainab Ali, 18, from London, minutes after hearing about the U-turn.

Zainab’s predicted grades were an A* in history, an A in psychology, and a C in chemistry. But after she was given an A, B and a D on results day last week, she lost her place to study psychology at Queen Mary University of London – and was told the course had filled up.

“I’m facing the consequences for the indecisiveness of people who are in charge,” Zainab says.

She’d come to terms with the fact that she’s going to her second choice, the University of Westminster, instead – but still feels frustrated because she had “always wanted” to go to Queen Mary’s since being a child. “It’s just a very vibrant environment and I really had admired that. I just automatically fell in love,” she says.

After first speaking to the BBC, Zainab says Queen Mary decided to offer her a place. The university said on Monday evening that it was “deeply sympathetic” to all students affected by the U-turn, and that applicants with revised grades will be guaranteed a place if they meet the terms of their original offer.

Although she is now likely to get her first choice of university after all, Zainab says the past week has been an “awful” and “confusing” experience. “I felt like I’ve been really let down. Now [after the U-turn] it’s a bit different, but I still feel a bit let down after all of that. It was really, really stressful.”

‘I can keep my head up now’

Connor Bragger, 18, from Redditch, was given BCD last Thursday, and needed a BBB to get into a journalism course at Sheffield. He was predicted ABB so should, theoretically, be allowed to go now.

But tonight, he’s disappointed to find the phone lines for the University of Sheffield’s admissions office are closed – so despite the announcement, he doesn’t know if he’ll be heading there in September.

“Results day is [supposed to be] when you get answers – not more questions,” Connor says.

His second choice is the University of Gloucestershire, where he has an unconditional offer. But now he’s got the grades for Sheffield, he hopes he can go there.

Connor is trying to stay positive, and says he’s pleased with the U-turn.

“There were two boxes that I was annoyed about not meeting, which was getting into my first choice, and getting grades I felt like I had earned. So even if I’m unable to get into my first choice, I feel as though I’ve now got results that I earned from my hard work all year. So if it doesn’t all go to plan, I can still keep my head up a little bit higher.”

Making the best of an ‘awful’ situation

Kath Burbidge’s son Sam Thier is working a shift at B&Q near his home in Willsbridge, Bristol. At the same time, the 18-year-old is on the phone waiting his turn to speak to Cardiff University. He wants to see if they’ll make space for him on the dentistry course he initially had an offer for, but was rejected last week as his predicted grades of A*AA were downgraded to BBB.

“I cried for 48 hours and didn’t sleep after Thursday. I just feel so sorry for him,” Kath says. “He’s worked so hard on everything.”

Sam’s A* in chemistry meant Cardiff offered him a place on their chemistry Masters course. He’d just decided to accept it – and therefore handed in his notice at B&Q – when the news came through that his grades would be bumped up.

As she receives updates by text from Sam (he’s now 20th in the queue), Kath wonders if he might take the chemistry offer instead.

“He’s trying to just make the best of an awful, awful job that just never should have happened. Will he think ‘I’ll go and do chemistry now’, just because he’s fed up with the whole thing?”