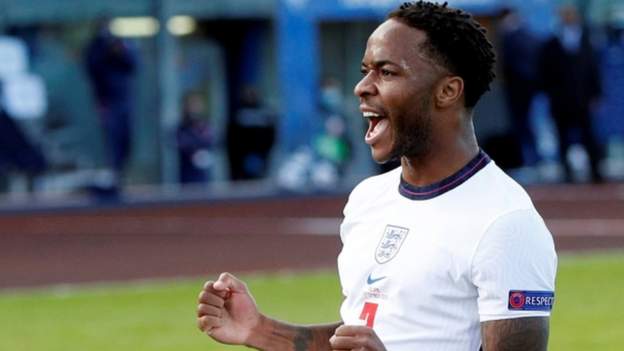 Raheem Sterling’s late penalty gave England victory as they started their Uefa Nations League campaign in Iceland – despite the hosts squandering the chance to rescue a point by missing an injury-time spot-kick.

In an chaotic end to a largely dull encounter, Sterling looked to have secured three points for manager Gareth Southgate’s side when he rolled in an 89th-minute spot-kick after his shot was handled by Sverrir Ingason, who was then sent off after receiving a second yellow card.

England, who had earlier been reduced to 10 men after Kyle Walker was also sent off for second yellow card, had to survive that last-gasp scare when Iceland were awarded a penalty for Joe Gomez’s foul but Birkir Bjarnason was wildly off target.

England made hard work of the win against a stubborn and well-organised Iceland but were the better and more positive side.

Southgate’s team, playing their first game since the 4-0 win in Kosovo in November, showed understandable rustiness with the Premier League restart still a week away and England were frustrated further when Walker was dismissed for a second yellow card with 20 minutes left.

Walker’s recall was marred by his challenge on Arnor Traustason – but England had an even bigger cause for complaint when an early goal from captain Harry Kane was ruled out for offside. There was no VAR for this game and replays showed Kane was onside as he pounced on Sterling’s left-wing cross.

This was a lifeless affair behind closed doors against the side who humiliated England at Euro 2016 and Southgate will have learned little despite giving a debut to Manchester City’s Phil Foden and introducing Manchester United teenage striker Mason Greenwood for his debut late on – but he will take the victory ahead of Tuesday’s game in Denmark.

There was very little positive for England in this match other than the victory itself but it must also be placed in the context of when this game was being played and its circumstances.

This was almost like a behind-closed-doors pre-season friendly in an international guise so it comes as no surprise that England lacked the sort of sharpness and inspiration that would have come with more match practice.

Southgate will have been delighted to give Foden the first of many England caps while Greenwood will also have enjoyed his taste of international action during his cameo after coming on as a substitute for Kane.

Sterling calmly rolled in the penalty that eventually gave England their opening Nations League win but Southgate will not have welcomed Walker’s rash challenge, irrespective of the level of contact, that brought him his second yellow card and the clumsy foul by Gomez that almost threw Iceland that injury-time lifeline.

England, as a plus, were patient and probing and, despite the colourless nature of the game, deserved the win, even though it arrived so late.

England move on to face Denmark in Copenhagen on Tuesday buoyed by these opening three points and Southgate will have been delighted to spend so much time with his players after the international hiatus as a result of the coronavirus pandemic.

He was able to watch some of the younger players he introduced into the squad at close quarters and may be able to see them in England action once more against the Danes.

Iceland were defiant, as they always are, rigid in defence and lacking in attacking ambition, willing to simply keep England at arm’s length and maybe land a counter-punch.

They almost did with that late penalty but England survived to make a winning restart to their international calendar.