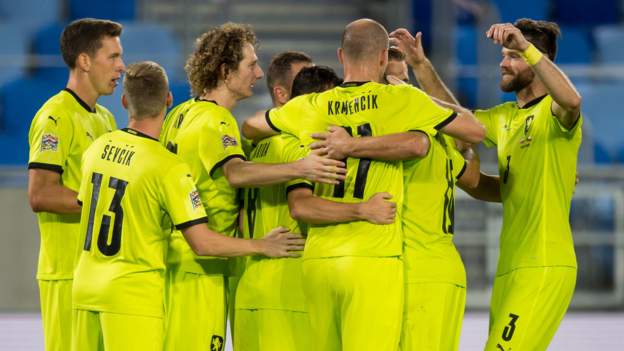 The Scottish FA say they “have received categorical assurance” Monday’s game in Czech Republic will go ahead.

The Czechs had initially announced the Nations League game was off after a Covid-19 outbreak among the home squad.

The Scots are scheduled to travel to Olomouc on Sunday, having drawn at home to Israel in Friday’s Group B2 opener.

“We were as surprised as UEFA to learn of the statement posted on the official FACR channels,” said SFA chief executive Ian Maxwell.

“Following extensive conversations late last night and this morning we have received categorical assurance that the match goes ahead.

“Furthermore, Czech Republic have confirmed they will be able to fulfil their obligations to the match and, more importantly, to the stringent Covid-19 testing regime that is sacrosanct to ensure the safety of our players and staff.

“While we empathise with all national associations during this period of global uncertainty, none the less we required and received absolute assurance that we will be entering a safe and secure environment having worked diligently in Scotland to maintain safety and adherence to Uefa’s necessary Covid-19 protocols.”

The Czechs’ plans for Friday’s match in Slovakia, a 3-1 win, were affected after West Ham midfielder Tomas Soucek and RB Leipzig striker Patrik Schick were told to self isolate following contact with a backroom staff member who tested positive for the virus.

The Czech FA delayed the departure for Bratislava by 24 hours while the entire squad was retested and players made the 200-mile journey by road after splitting up into small groups.

After the game, the Czech FA announced the team would not be facing the Scots “due to representatives’ decision and the current situation with the Covid-19”. The statement added: “The national team ends current preparations with the immediate effect straight after the win against Slovakia.”

Uefa last week outlined principles for scenarios where Covid-19 impacted fixtures, stating that a game would go ahead as long as a team had at least 13 players available, including a goalkeeper.

The tournament organisers stated on Saturday morning Monday’s game would be played as planned and Scotland held their scheduled training session.

And the SFA said their chief medical consultant, Dr John MacLean “has also received written assurances from UEFA that the Czech Republic will comply with COVID-19 testing protocols ahead of the match for all squad members and staff”.