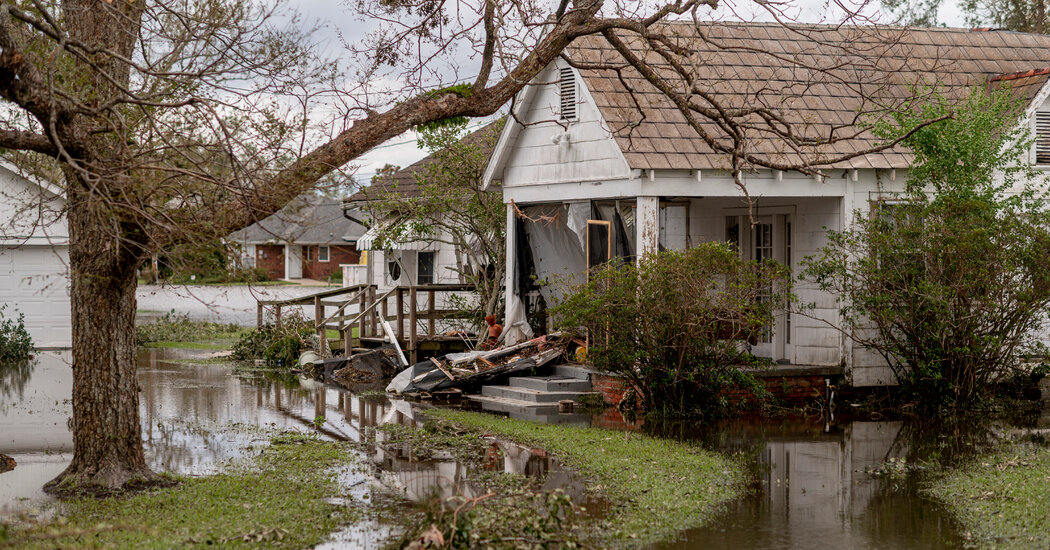 After the sun rose, and the wind and rain ceased, residents across southeastern Louisiana began to survey the wreckage from Hurricane Ida, which hit the state on Sunday. The Category 4 storm had maximum sustained winds of 150 miles per hour when it made landfall, causing widespread power outages and flooding. It had caused at least three deaths as of Monday afternoon.

Mayor LaToya Cantrell of New Orleans urged residents who had evacuated not to return to the city until officials said it was safe to do so.

“Now is not the time for re-entry into the city of New Orleans,” she said at a news conference on Monday afternoon.

Waters overtopped at least two levees outside of the city’s flood reduction system, but those protecting New Orleans held. One of the greatest challenges now facing the city is widespread loss of power, which is predicted to take days to restore, if not longer.

Times photographers were in Louisiana covering the storm.

Evacuees consoled one another after leaving Jean Lafitte, La. The authorities rescued more than 70 people in Jean Lafitte and the surrounding communities.

A resident in Houma, La., surveys the damage to his home after Hurricane Ida.

A temporary evacuation shelter in Houma.

A man clearing leaves and branches from a street in New Orleans.

Troy Bonvillian stood for a portrait inside his flooring company in Houma.

Debris lined the street in Houma.

Children sheltering in a New Orleans hotel after the city lost power.

Guests peered out a window of the AC Hotel in New Orleans before Hurricane Ida hit.

People filling sand bags in Gonzales, La., on Saturday in preparation for the storm.