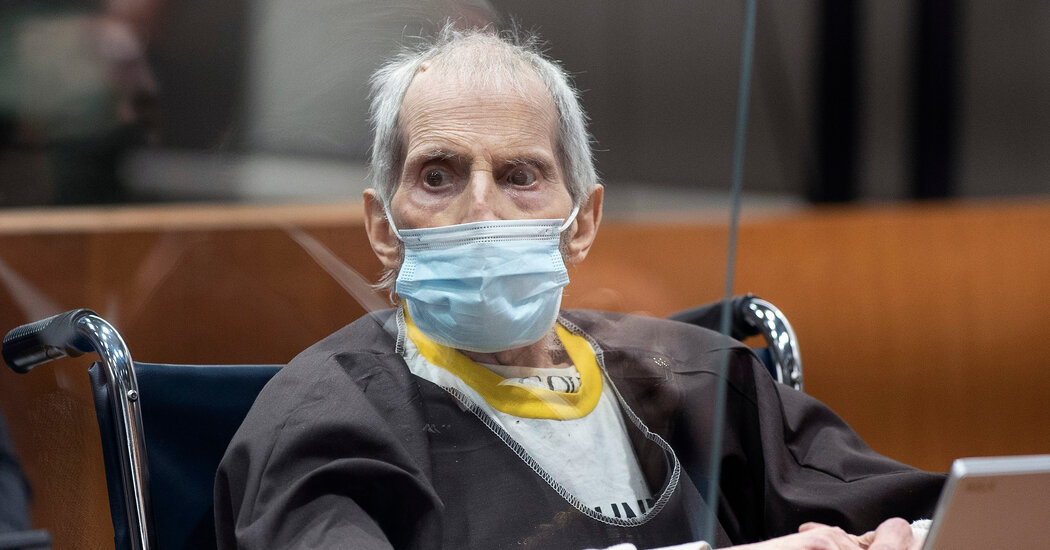 “I know how upsetting this news must be for Kathleen Durst’s family,” Ms. Rocah said. “We had hoped to allow them the opportunity to see Mr. Durst finally face charges for Kathleen’s murder because we know that all families never stop wanting closure, justice and accountability.” More information about the case would be made public soon, she said.

Robert Abrams, a lawyer for Kathleen Durst’s family, said that her accused killer’s death would not halt their quest for justice.

“Although Robert Durst has died, the ongoing investigation into those who helped him cover up her murder continues,” Mr. Abrams said of Ms. Durst, adding that “a further update” would be provided on Jan. 31, the 40th anniversary of her disappearance.

“In the interim,” he added, “please say a prayer for Kathie and his other victims.”

Mr. Durst, long an object of fascination in wealthy New York circles because of his status as the pariah of a powerful family, became a national sensation after the broadcast of “The Jinx: The Life and Deaths of Robert Durst,” a 2015 HBO documentary.

A high-profile murder. Robert A. Durst, the former heir to a New York real estate empire who ​​was serving a life sentence for the 2000 killing of his longtime confidante Susan Berman, died on Jan. 10, 2022. Here’s a review of his past:

The verdict. A jury found that Mr. Durst shot Ms. Berman after he entered her home at the edge of Beverly Hills, acting out of fear that Ms. Berman would tell investigators what she knew about the 1982 disappearance of his first wife, Kathie McCormack Durst.

“The Jinx” factor. Some of the most damaging evidence in the Berman case came from interviews that Mr. Durst had given to the producers of an HBO series, “The Jinx: The Life and Deaths of Robert Durst.” The documentary, which aired in 2015, led to Mr. Durst’s arrest in the same year.

Yet another murder. In 2003, Mr. Durst stood trial for the murder of Morris Black, a neighbor in Galveston, Texas. A jury acquitted him, despite his testimony that he had carved up Mr. Morris’s body. Mr. Durst fled to Texas, posing as a mute woman, after investigators reopened the case into his wife’s disappearance.

The film explored in detail the deaths of the three people Mr. Durst was suspected of killing: his wife, who vanished after a fight at the couple’s South Salem, N.Y., home; Ms. Berman, who was shot execution-style at her Los Angeles home; and Morris Black, a 71-year-old neighbor who was shot in Mr. Durst’s Galveston, Texas, apartment in 2001 and then dismembered. In each case, investigators found reason to believe Mr. Durst was involved.

The case involving Mr. Black appeared to be the most clear-cut, but Mr. Durst was acquitted after claiming he had acted in self-defense. Ultimately it was the slaying of Ms. Berman that produced the legal reckoning that had long loomed over Mr. Durst.

For years, she had been his fiercest ally, acting as his spokeswoman with reporters and as his staunchest defender against those who accused him of killing his first wife.