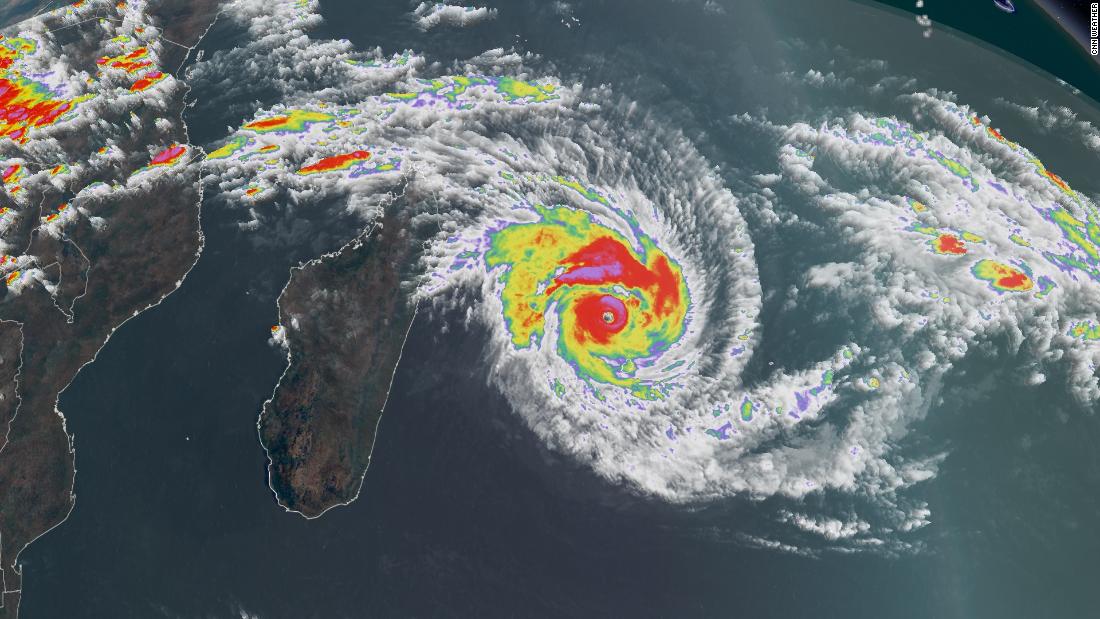 The planet’s strongest storm underwent rapid intensification overnight and is now equivalent to a Category 4 Atlantic hurricane with sustained winds near 145 mph (230 kph).

Tropical Cyclone Batsirai (Bat-si-ray) is just north of the volcanic islands of Mauritius and La Reunion with forecasts indicating a potentially devastating landfall on the east coast of Madagascar this weekend.

The cyclone is forecast to briefly weaken to a Category 3 hurricane before restrengthening back to a Category 4 — something called an eyewall replacement cycle, basically what strong tropical systems do to maintain their structure. How long Batsirai takes to go through this cycle will determine its strength at landfall.

The impacts from the cyclone are already being felt on Mauritius and La Reunion. The latter is world-famous for a bevy of mind-bending rainfall records, all of which have occurred during events just like this.

Strong winds and storm surges can be expected along the eastern coast of Madagascar beginning Friday and heavy rain will spread over much of the central part of the island nation through the weekend.

Rainfall of 250 to 500 mm is forecast for the southeast region of the island with more inland areas of the mountains forecast to get up to 150 mm, including Antananarivo.

Batsirai will dramatically weaken as it crosses over the rugged terrain of central Madagascar and is expected to emerge into the Mozambique Channel as a much weaker cyclone by Sunday.

Madagascar is no stranger to tropical cyclones, and December into February is the wettest period of the year. The capital city of Antananarivo records nearly 90% of its annual rainfall in these three months (47″, 1,200 mm).

In fact, the island nation of 28 million sees on average about 1 landfalling tropical cyclone each year, but storms reaching Category 4 equivalent or greater are far rarer.

Based on the National Oceanic and Atmospheric Administration’s historical hurricane tracks, there have only been 12 landfalling storms of Category 4 equivalent or greater in Madagascar since records began in 1911. Of those 12 cyclones, 8 have struck since the year 2000.

The most recent such storm was Cyclone Enawo, which made landfall on the northeast part of the island in March 2017 as a Category 4 equivalent. The storm took over 80 lives and left $50 million USD in losses.