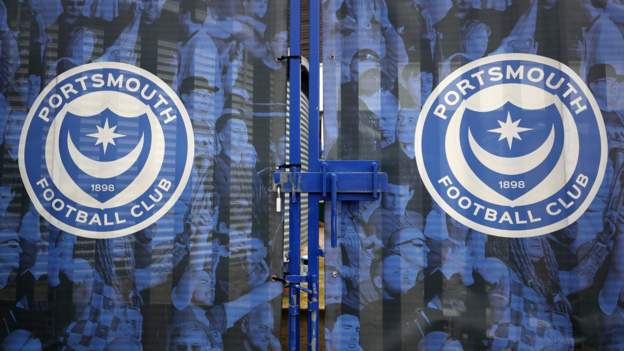 Portsmouth have begun an investigation after some of their academy players allegedly used racially abusive language in the wake of England’s Euro 2020 final defeat by Italy.

Images on social media purport to show a screen grab from a group chat from the club’s under-18s side.

A series of racially offensive terms and images are used in it.

England lost the penalty shootout 3-2 after the match finished 1-1 after extra time.

The abuse directed at the England players on social media led to widespread condemnation across the country.

England defender Tyrone Mings accused home secretary Priti Patel of pretending to be disgusted by the abuse suffered by the players, after she had previously described taking the knee as “gesture politics” at the start of the tournament.

Around 700 people attended an anti-racism demonstration at a mural of Rashford on Tuesday, a day after it had been daubed with racist graffiti.

“Portsmouth Football Club are aware of images circulating on social media that allegedly originate from an academy u18 group chat and which are discriminatory in nature,” the club said in a statement.

“The club have launched an immediate investigation and will provide an update once this has been completed.

“Portsmouth Football Club strongly condemn racism and are totally committed to the elimination of all forms of discrimination. There is no place for it in our game or society as a whole.”

It is the second investigation into players’ conduct Portsmouth has had to carry out in the past two months.

In May, the League One club said some first-team players “fell below the standards expected of them” after an incident outside a nightclub following the final game of last season.