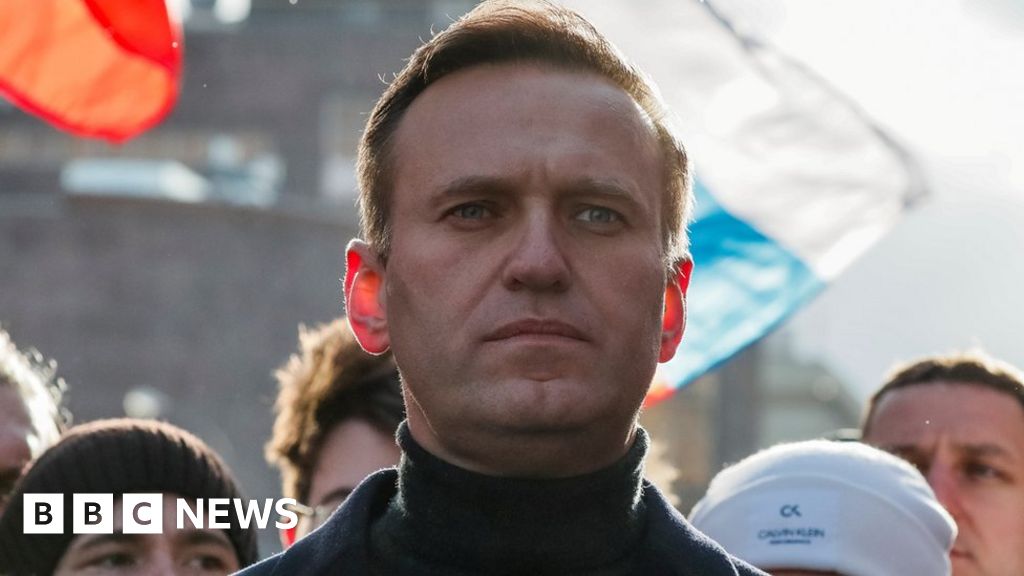 US Secretary of State Mike Pompeo says there is a “substantial chance” that the suspected poisoning of Russian opposition figure Alexei Navalny was ordered by senior officials in Moscow.

Mr Pompeo said the US was evaluating how it would respond.

Nato and Germany say there is “proof beyond doubt” that Mr Navalny was attacked with a Novichok nerve agent.

Mr Navalny was airlifted to Berlin from Russia after falling ill on a flight from Siberia to Moscow last month.

The 44-year-old was brought out of an induced coma earlier this week with doctors at Berlin’s Charité hospital saying he was responding to verbal stimuli but it was “too early to gauge the potential long-term effects of his severe poisoning”.

Mr Pompeo gave his comments in an interview with the conservative US commentator Ben Shapiro, who asked if there would be any ramifications for the Russian government over apparent attacks on its political opponents.

The secretary of state said the US, along with the EU, had made clear to Russia “our expectations that they will hold those responsible for this accountable. We’ll do our best to come to a conclusion about who was responsible too”.

“I think people all around the world will see this kind of activity for what it is,” he added. “And when they see the effort to poison a dissident, they recognise that there is a substantial chance that this actually came from Russia”.

He added that “the world has matured and come to an understanding that this is not how normal countries operate, and this will prove costly for the Russians.”

Mr Pompeo declined to say how the US would respond as “I don’t want to get in front of the president”, but said Washington would play its part to “reduce the risk that things like this happen again”.

President Trump has given no indication of how the US will respond to the poisoning, saying on Saturday: “I don’t know exactly what happened. I think it’s tragic, it’s terrible, it shouldn’t happen. We haven’t had any proof yet but I will take a look.”

On Wednesday, Russia’s foreign ministry summoned the German ambassador to protest at what it called “unfounded accusations and ultimatums against Russia” and accused Berlin of using the Navalny case “as a pretext to discredit our country”.

Mr Navalny is an anti-corruption campaigner who has long been the most prominent face of opposition to President Vladimir Putin in Russia.

His supporters believe his tea was spiked at Tomsk airport on 20 August. He became ill during the flight, and the plane made an emergency landing in Omsk so he could be taken to hospital. Russian officials were persuaded to allow him to be airlifted to Germany two days later.

A nerve agent from the Novichok group identified by Germany in the Navalny case was also used to poison ex-spy Sergei Skripal and his daughter in Salisbury, in England. They both survived but a local woman, Dawn Sturgess, died after coming into contact with the poison.

Britain accused Russia’s military intelligence of carrying out that attack in Salisbury. As part of a co-ordinated response, 20 countries expelled more than 100 Russian diplomats and spies. Russia denied any involvement.