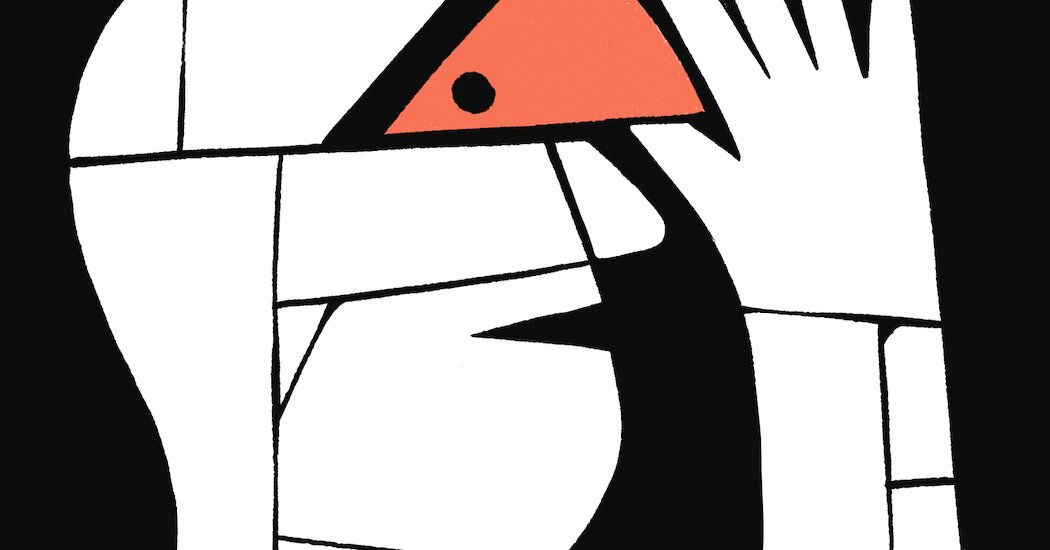 Several hundred years ago in Japan, artisans developed a way to mend shattered pottery known as kintsugi, in which they glued together the broken shards of ceramic with lacquer and dusted the lacquer’s exposed surface with gold or silver powder. The seams of gold or silver that held the fragments together made the vessel distinct and radiate with beauty.

Kintsugi was later embraced outside Japan as a philosophy for living. Bad things can happen that might shatter us. But we don’t have to stay broken or hide our wounds. We can put ourselves back together, and the scars we wear at the broken places become a reminder of the tragedies we’ve endured and how we overcame them — a mark of beauty in an imperfect life.

As we emerge from the Covid-19 pandemic in the United States, we might heed the wisdom of this philosophy. Today, many people, myself included, are eager to put the past year behind them and rush into the joys of normal life that are now available — vacations, bars, parties and so on.

But if we want to emerge from this crisis whole instead of broken, we need to process what we’ve lost. Rather than bulldoze past our grief straight into the delights of summer, we should take the time to work through it.

But what’s the best way to process these losses? We can, of course, seek help from a therapist or spiritual counselor. But there is another powerful resource they can tap into: storytelling.

Most people, whether they realize it or not, carry an ongoing narrative in their minds about themselves — who they are, where they came from and where they are going. We consciously and unconsciously create this story by taking the disparate fragments of our lives and assembling them into a coherent whole.

According to Dan McAdams, a personality psychologist at Northwestern University, that story is our “narrative identity,” an explanation of how we became the person we are today. Over the past three decades, he and his colleagues have brought hundreds of people into their lab and asked them about the narrative arc of their lives.

In his interviews, Dr. McAdams encourages people to divide their lives into chapters, recount major events, reflect on early memories and pull out the overarching themes in their narratives. After analyzing these stories, he found that some people tell “redemptive” stories while others tell “contamination” stories.

For example, one man Dr. McAdams studied told a redemptive story about his son getting a brain disorder diagnosis. “As awful as the experience was,” the father said, “in retrospect, we gained more from it, learned more about life and human nature and how many good people there are in the world.” In this story, suffering was not senseless but redeemed by the good.

A contamination story follows the opposite pattern: The good is ruined by the bad. One woman Dr. McAdams studied began her story with the birth of her child, a high point in her life, but ended the narrative with the murder of the child’s father, a low point.

The stories we tell about our experiences can have consequences for our well-being. Studies show that telling redemptive stories is associated with psychological well-being and mental health while telling contamination stories is linked to depression and the belief that one’s life lacks coherence.

According to Dr. McAdams, we all make “narrative choices” about what to include in our story, what to leave out and how to interpret the events of our lives. Two people can have the same experience — like losing a job during the pandemic — but tell two different stories about it. One person might say that his life was great before the pandemic but the pandemic ruined everything, while another might acknowledge what has been lost but focus on how he has grown. The research suggests that the second person will ultimately fare better emotionally, and what seems to set the two people apart is the effort each one spends deliberately trying to make sense of what happened.

There is also a large body of research on expressive writing, pioneered by James W. Pennebaker, a psychologist at the University of Texas at Austin, that shows how storytelling can help mend lives broken by trauma. For over 30 years, he and his colleagues have had research participants write anonymously about upsetting experiences in their lives for 15 minutes a day over three or four days.

In a series of studies, Dr. Pennebaker and other researchers found that those who wrote about their upheavals in this way were later less likely to visit a doctor for health concerns, reported greater psychological well-being and had lower blood pressure and stronger immune systems.

Expressive writing was healing — but why? When Dr. Pennebaker analyzed the narratives, he found that over the course of their writing, the participants were working to make sense of what happened to them.

In Dr. Pennebaker’s research, the people who reported the greatest health and well-being gains initially had disjointed and raw stories, but their narratives became more coherent and insightful as the days went on. Expressive writing helped them to come to a new understanding of the event and how it affected their lives — to tell a story about their suffering.

But sometimes, a trauma can be so shattering that confronting it is unbearable. In these cases, Dr. Pennebaker suggested putting the trauma aside for a period. The passage of time, he said, is “sometimes the only healer.” If the trauma is not interfering with a person’s health, happiness or functioning, he added, it doesn’t necessarily need to be processed or integrated into a person’s story. But if it’s causing problems, then a good first step is acknowledging that the trauma happened, perhaps by writing about it for one or two minutes. He also advised seeking professional help.

Psychologists say that it’s not a good idea to process extreme trauma on your own immediately after it happens. But for those ready to confront the difficulties of the past 16 months, storytelling can be a useful tool. To begin, you might write down your pandemic story, identifying its key themes. You can also reflect with your loved ones and peers on how the pandemic has changed you — what you’ve lost and what, if anything, you’ve gained. Finally, you can spend time thinking about your story of the future. As you come out of the pandemic, what sort of life do you want to lead? What sort of person do you want to become?

Facing suffering head-on is not an easy task or one that’s encouraged in our culture, which values happiness inordinately. Telling or changing our story takes time, and it can be a painful process. But it’s a necessary one if we want to move past the brokenness of this difficult year toward a newfound sense of wholeness.