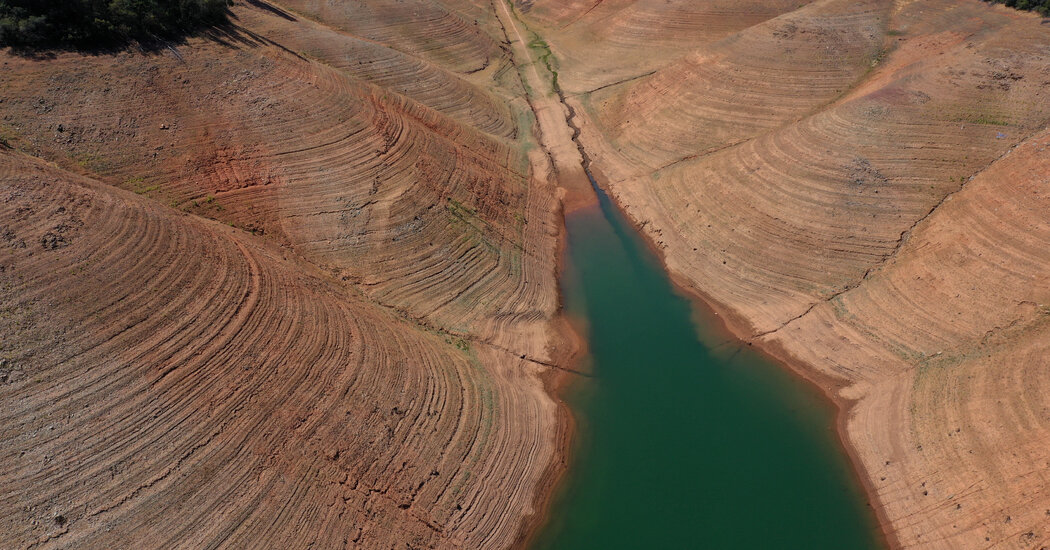 What does waking up to drought look like? It means recognizing that a large swath of the United States is in for a period of prolonged aridity and accepting that dealing with this crisis requires a fundamental change in our way of life.

Because water is elemental to life, this sort of talk is often hard to swallow. As a matter of basic survival, having less access to water sounds justifiably terrifying. Perhaps that’s why the United States and other countries have long struggled to mount effective, coordinated political responses to drought; deciding who gets water is often perilous politics.

Yet seriously combating drought does not have to mean the end of life in the West — not the end of farming, not the end of metropolises, not the end of growth. We have made great strides in efficiency over the past few decades. In 2015, the last year for which there are official statistics, the United States used an estimated 25 percent less water than we did in 1980, even though the population grew by about 40 percent in those 35 years. But there is a lot left to be done.

“There is still enormous untapped potential in both urban and agricultural areas to do what we want with less water,” said Peter Gleick, a co-founder of the Pacific Institute, an organization that aims to find fixes to the world’s water problems.

For instance, California has an archaic system of water rights that allows longtime agricultural holders to use water essentially without limit while others are forced to skimp. This has created clear inequities. About 80 percent of California’s water is used by its vast agricultural industry, and the remainder goes to everyone else. In response to a recent drought, California adopted the Sustainable Groundwater Management Act, which requires regional agencies to reduce their water usage, which could curb the ag industry’s preferential access to water. But some experts worry that the law does far too little to address water shortages exacerbated by climate change.

Pablo Ortiz, a climate scientist at the Union of Concerned Scientists, lamented the lack of resources devoted to drought mitigation and water safety. In May, Gavin Newsom, California’s governor, proposed a $5.1 billion package to improve water security in the state. About $1.3 billion of it would be for improving drinking water infrastructure, which is far short of the nearly $6 billion that a recent study estimated would be required to provide every Californian access to safe drinking water. “That’s not a lot of money for a state like California,” which recently announced a budget surplus of $75 billion, Ortiz said.

The numbers tell the story. California and the rest of the country can well afford to manage our water supplies more sustainably and equitably. We could do a lot more. We could spend more, we could plan more thoroughly, we could govern better, and we could all make a commitment to using less. Or perhaps it’s better to say we must do a lot more, because we really don’t have much choice.