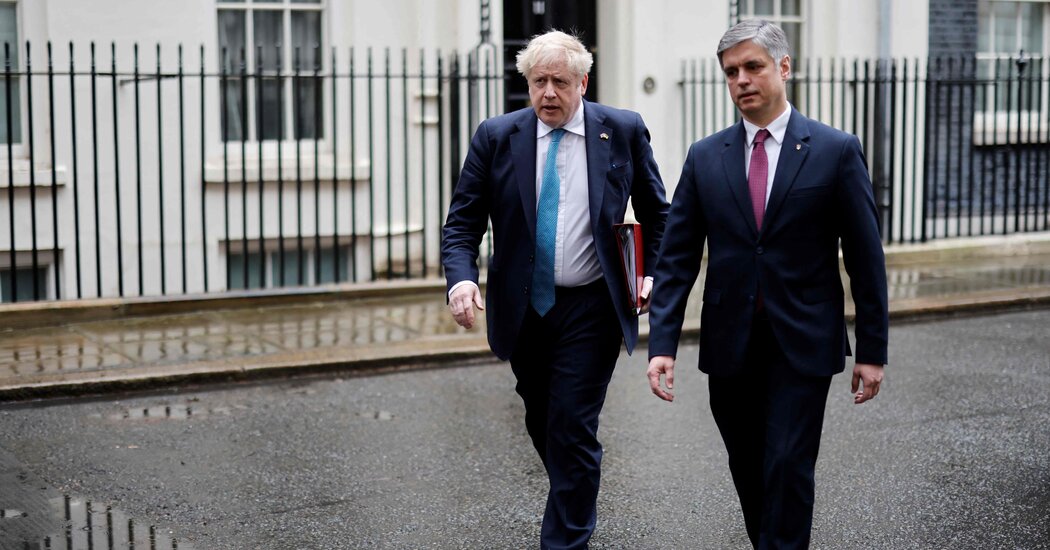 It is no longer enough to express warm platitudes about the rules-based international order. We are going to have to actively defend it against a sustained attempt to rewrite the rules by force and other tools, such as economic coercion. We must restore effective deterrence in Europe, where, for too long, the very success of NATO and of America’s security guarantee has bred complacency. What happens in Europe will have profound implications worldwide.

We are pleased to see more nations beginning to grasp this hard reality. In January, the United Kingdom was among a handful of European countries sending defensive aid to Ukraine. Now more than 20 countries are part of that effort. Defense spending is going up, though it will take time for that to translate into capability.

That’s a welcome development, but it is not going to be enough on its own to save Ukraine or keep the flame of freedom alive. Russia has overwhelming force and apparently no regard for the laws of war. We need to prepare now for even darker days ahead.

So we must begin a six-point plan for Ukraine, starting today.

First, we must mobilize an international humanitarian coalition. On Monday, I will meet the leaders of Canada and the Netherlands in London to talk about creating the widest possible coalition to expose the outrages that are taking place in Ukraine. On Tuesday, I will host the leaders of Poland, Slovakia, Hungary and the Czech Republic, now on the front line of a refugee crisis. The United Kingdom has 1,000 troops on standby for humanitarian operations, on top of 220 million pounds ($291 million) of aid. We must all work together to establish an immediate cease-fire and allow civilians safe passage, food and medical supplies.

Second, we must do more to help Ukraine to defend itself. More and more nations are willing to provide defensive equipment. We must act quickly to coordinate our efforts to support the government of Ukraine.

Third, we must maximize the economic pressure on Mr. Putin’s regime. We must go further on economic sanctions, expelling every Russian bank from SWIFT and giving our law enforcement agencies unprecedented powers to peel back the facade of dirty Russian money in London. We must go after the oligarchs. So far, the United Kingdom has imposed sanctions on more than 300 elites and entities, including Mr. Putin himself. But these measures will be insufficient unless Europe begins to wean itself off the Russian oil and gas that bankroll Mr. Putin’s war machine.

Fourth, no matter how long it takes, we must prevent any creeping normalization of what Russia does in Ukraine. The lesson from Russia’s invasion of Georgia in 2008 and seizure of Crimea in 2014 is that accepting the results of Russian aggression merely encourages more aggression. We cannot allow the Kremlin to bite off chunks of an independent country and inflict immense human suffering and then creep back into the fold.