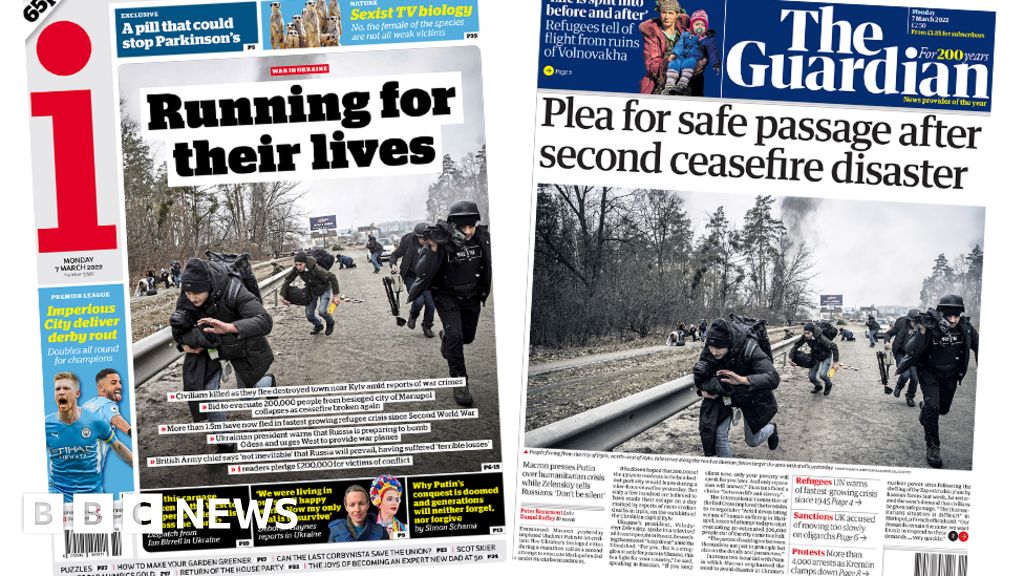 The Times reports from the scene in Irpin, near Kyiv, detailing how civilians had to dive under trees for cover as a Russian mortar landed nearby. The shelling hit a family of four, killing a mother and two children, the paper says. “Their luggage was scattered around them, including a green pet carrier inside which a small dog was still barking,” the report reads. Other papers include details and images of the family who were caught in the attack.