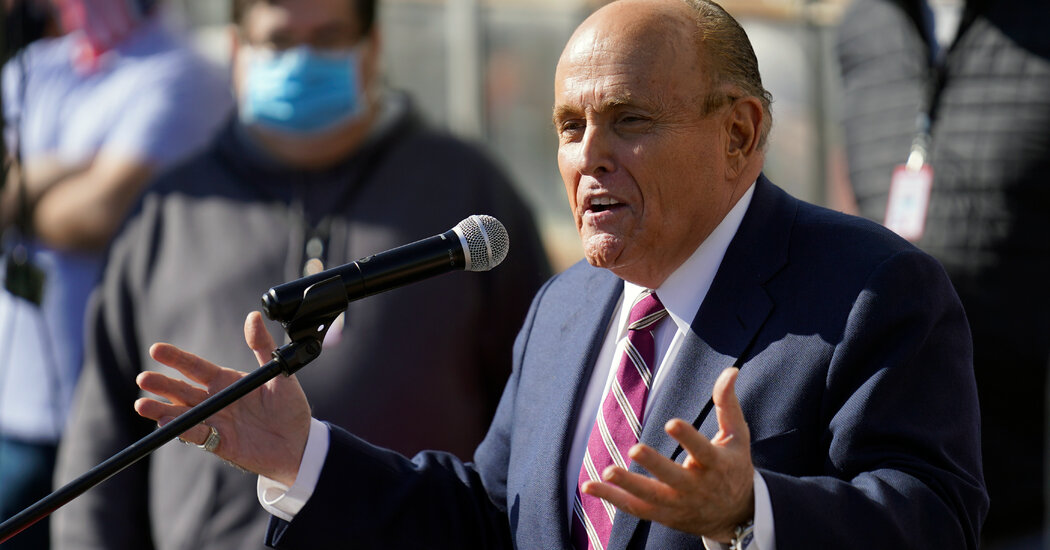 A New York appellate court suspended Rudolph W. Giuliani’s law license on Thursday after a disciplinary panel found that he made “demonstrably false and misleading” statements about the 2020 election as Donald J. Trump’s personal attorney.

The court wrote in a 33-page decision that Mr. Giuliani’s conduct threatened “the public interest and warrants interim suspension from the practice of law.”

Mr. Giuliani helped lead Mr. Trump’s legal challenge to the election results, arguing without merit that the vote had been rife with fraud and that voting machines had been rigged.

“We conclude that there is uncontroverted evidence that respondent communicated demonstrably false and misleading statements to courts, lawmakers and the public at large in his capacity as lawyer for former President Donald J. Trump and the Trump campaign in connection with Trump’s failed effort at reelection in 2020,” the decision read.

A lawyer for Mr. Giuliani could not be immediately reached for comment.

Mr. Giuliani, who was admitted to the state bar in New York in 1969, once had a prominent legal career. He worked in the Justice Department during the Reagan administration, and was named the United States Attorney in Manhattan in 1983.

He was mayor of New York City for eight years, rising to national prominence as he steered the city through the Sept. 11, 2001, terrorist attacks.