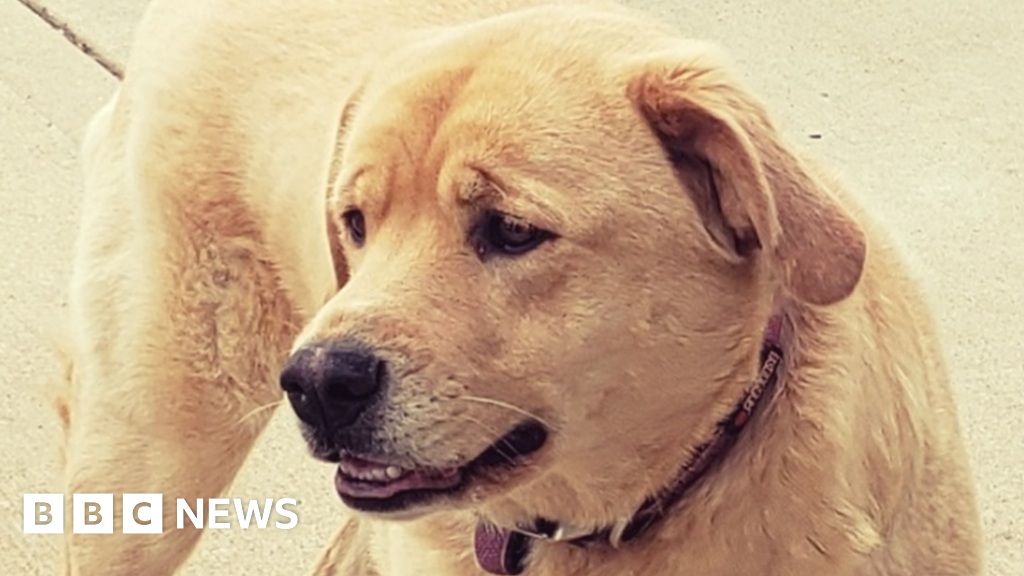 A dog that disappeared in the US state of Kansas earlier this month has been found more than 50 miles (80.4 km) away – at her owner’s previous home.

Cleo, a four-year-old labrador, was reported missing from the town of Olathe on 12 July.

Several days later, she showed upon the porch of her old home in Lawson, Missouri.

Colton Michael, the house’s new owner, told local media he and his wife had moved there almost two years ago.

At first, Cleo was anxious when anyone came near her, Mr Michael said.

“She finds her way home, and there’s some strangers living in it. That would be scary for anybody,” Mr Michael told TV station KMBC.

Eventually, Mr Michael earned Cleo’s trust and had her scanned for a microchip, which owners often fit with personal information so their pets can be traced if they go missing.

The microchip revealed the name of Cleo’s owner, who had posted a missing appeal on Facebook a week earlier.

Mr Michael said his wife recognised the name as the former owner of their home.

Speaking to CNN, Mr Michael said Cleo’s owner, Drew, was “kind of speechless” when told she had been found.

“It’s the most bizarre story. Really, she’s everything to us and to my mother,” her owner said.

From door to door, Cleo would have walked 57 miles from her current home in Kansas to her old one in Missouri, according to KMBC.

The dog may have crossed busy roads and a river, a journey Mr Michael described as a “mystery”.

“Now that we know who she belongs to, if she pops up again, we know who to call,” Mr Michael said.