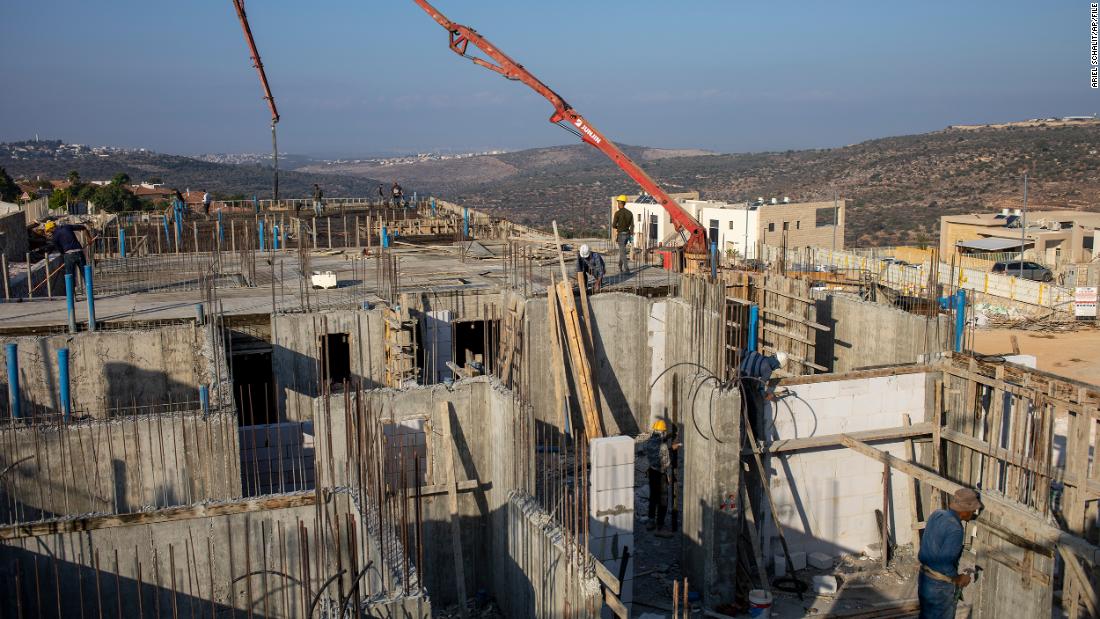 The government of Israeli Prime Minister Naftali Bennett earlier this week published immediate tenders for more than 1,300 housing units to be built in the West Bank, where it is also pushing plans for a further 3,000 homes for Jewish settlers there.

Under international law, both the West Bank and East Jerusalem are considered occupied territory and settlements there illegal, which Israel disputes.

On Thursday, twelve European countries urged Israel to “reverse its decision” in a joint statement.

“We urge the Government of Israel to reverse its decision to advance plans for the construction of around 3,000 settlement units in the West Bank. We reiterate our strong opposition to its policy of settlement expansion across the Occupied Palestinian Territories, which violates international law and undermines efforts for the two-state solution,” read the statement from the foreign ministries of Belgium, Denmark, Finland, France, Germany, Ireland, Italy, the Netherlands, Norway, Poland, Spain and Sweden.

James Cleverly, the UK’s Minister for the Middle East and North Africa echoed the sentiment in a separate statement, adding that “settlements are illegal under international law and present an obstacle to peace and stability.”

The Israeli announcement had already drawn the ire of the US State Department, with spokesman Ned Price criticizing the move on Tuesday as “completely inconsistent with efforts to lower tensions and to ensure calm.”

The move is likely to put a fresh wrinkle in relations between the Biden administration and the Bennett government, though Israel hopes to soothe tensions soon with an expected decision to green-light more than one thousand new homes for Palestinians in the West Bank.

The timing of the announcement is also being criticized at home by left and center-left parties in Israel’s governing coalition, another sign of strains in Bennett’s government.

According to Israeli settlement monitoring group Peace Now, there are more than 270 settlements in the West Bank and at least 450,000 Israelis living there.