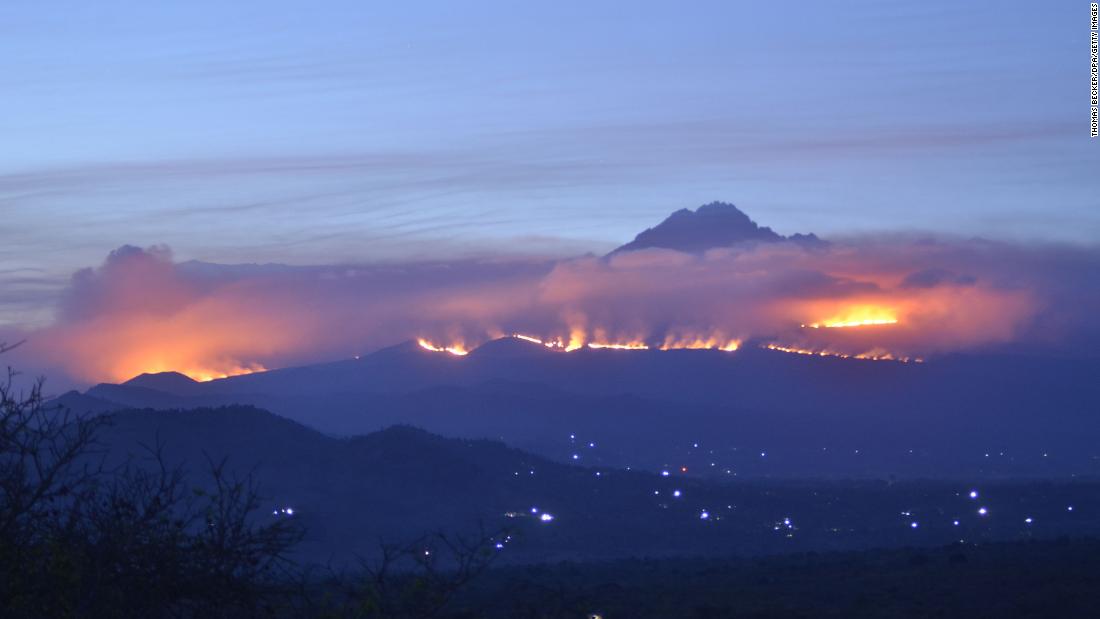 Hard winds on Sunday helped fan the fire, but the winds have died down. So far, no injuries or deaths have been reported and no property damaged.

“The fire is still going on and firefighters from TANAPA, other government institutions and locals are continuing with the efforts to contain it,” said Pascal Shelutete, a TANAPA official.

The fire started at the Whona area, a rest centre for climbers using Mandara and Horombo, two of several routes up the mountain, Shelutete said in a statement posted on Twitter.

TANAPA was taking all precautions necessary to ensure the safety of visitors and their equipment, Shelutete said.

“The fire is big and they are continuing to fight it,” Alex Kisingo, deputy head at the College of African Wildlife Management located near the mountain, told Reuters.

The college has sent 264 staff and students to help fight the fire, Kisingo said. They were working with local authorities to help deliver food and water to the firefighters, he said.

Winds on Sunday helped spread the fires, but “since morning today the weather is calm … if the situation continues as it is, the fire will be contained today. This is war,” Kisingo said.

Dionis Nyato, a resident of Moshi town near Kilimanjaro, told Reuters he saw the fires on Sunday evening. The blaze was burning on the lower part of the mountain, he said.