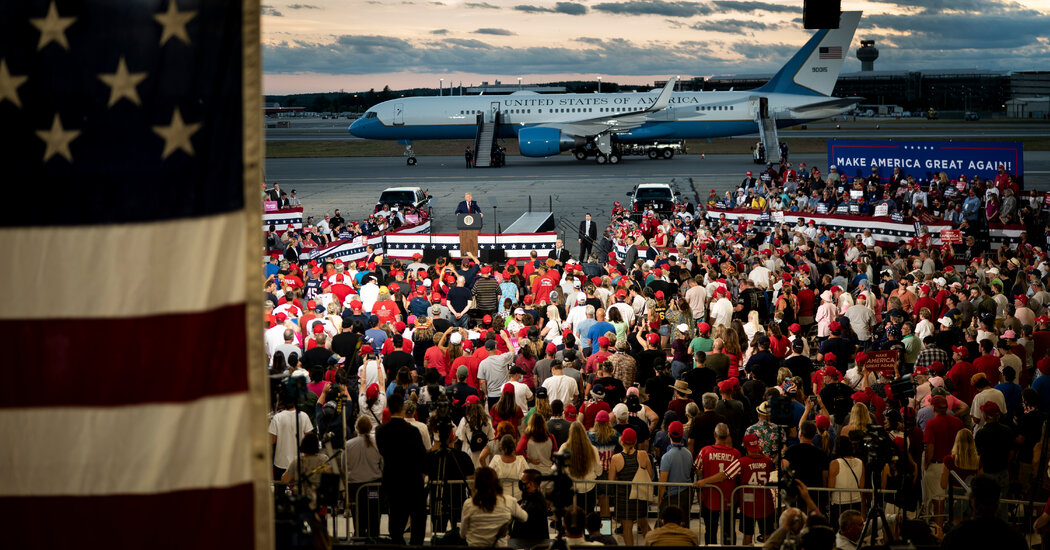 The filings do not address the value of work for which he has not been charged, like Rudolph W. Giuliani’s unpaid position as his personal lawyer. Nor do they account for the legal support Mr. Trump, as president, receives from the Justice Department, which has helped defend him on issues that blur the line between his public and private roles, like the constitutional prohibition on a president receiving benefits from other governments and efforts to obtain his tax returns and financial records.

The advent of the special recount account for legal expenses has fueled an explosion of available cash for both political parties. But because the Federal Election Commission has given little guidance over how money put into this account can be spent, the political parties have used them on a variety of seemingly unrelated purposes, including charter airplane flights, records show.

Perkins Coie, a prominent firm that handles Democratic candidates, has been paid $17 million just by the Democratic National Committee in the last four years, benefiting as well from this new flow of large donations to the party.

In Mr. Trump’s case, the reliance on high-dollar donations had led to questions about whether contributors from casinos, Wall Street, coal and other industries expect something in return.

Republican donors who have sent large amounts of money since 2019 to this special R.N.C. legal account include Joseph Craft, who is the chief executive of a coal mining company that has benefited from Mr. Trump’s regulatory actions. They also include Stephen A. Schwarzman, the chief executive of the Blackstone Group, and Thomas J. Barrack Jr., both private equity investors who have long been close to the president, and members of the Fertitta family of Las Vegas, who own a casino there.

Ms. Merritt, the Republican committee spokeswoman, rejected any suggestion that the donations were made to try to influence Mr. Trump.

“That is an absurd and unfounded allegation,” she said. “Our donors are highly motivated by Democrats’ radical attempts to try and take away the voice of the American people by gaming the election through the courts, and fully support our fight to uphold election integrity, fight back against impeachment, and challenge Democrats’ attacks on the president.”