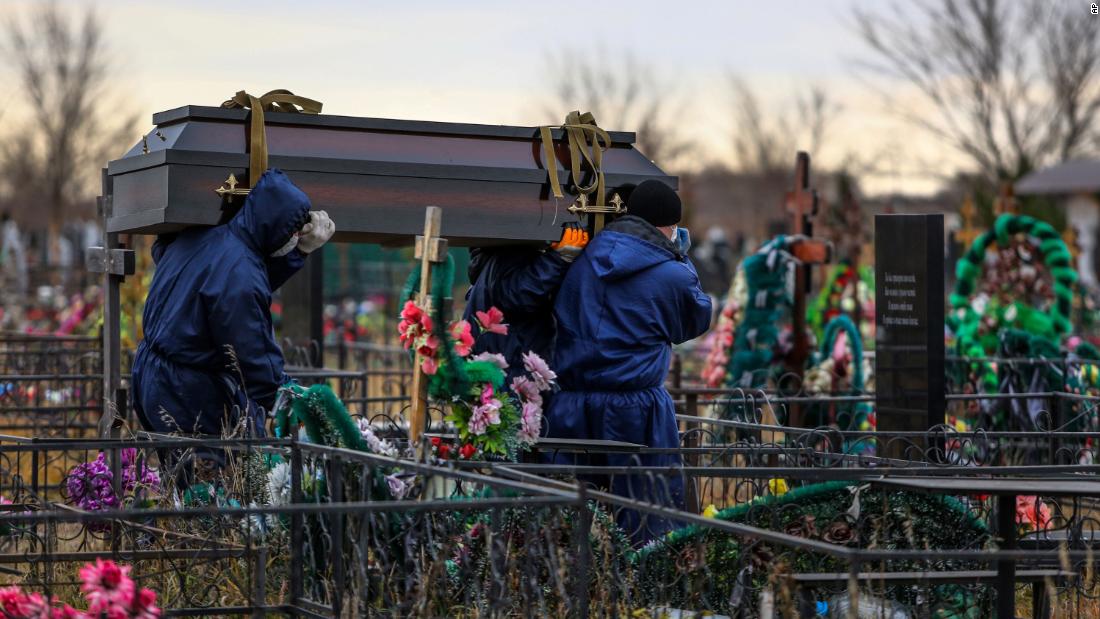 JHU’s global tally of deaths reached 5,000,425 at 4:50 a.m. ET on Monday. It reports that 197,116 people have died of Covid-19 worldwide in the past 28 days. The number of coronavirus cases officially reported globally stands at 246.7 million since it was first detected in the Chinese city of Wuhan in late 2019.

Last Thursday, the World Health Organization (WHO) warned global cases and deaths are increasing for the first time in two months. WHO Director-General Tedros Adhanom Ghebreyesus said this was driven by ongoing increases in Europe.

“It’s another reminder that the Covid-19 pandemic is far from over,” Tedros said Thursday, noting that the increases in Europe outweigh decreases elsewhere.

From Wuhan to the world

The first death outside of China was reported in the Philippines in early February 2020 — a 44-year-old Chinese man who had flown into the country from Wuhan.

Different countries’ epidemics have followed different trajectories. The United States has been the worst hit, with the highest number of cases and deaths. About 46 million cases have been reported in the country and more than 745,800 patients have died, according to JHU.

That surpasses the estimated US death toll from the 1918 flu pandemic, the deadliest pandemic of the 20th century.

Russia is enduring its worst-ever phase of the pandemic. Just last week it reported its highest number of daily cases and deaths since the start of the pandemic, with 40,096 cases and 1,159 deaths on October 28.

The highly-transmissible Delta variant also drove up rates of cases, hospitalizations and deaths worldwide as it became the dominant Covid strain, overwhelming many countries and places that had got an earlier handle on the pandemic.

Covid vaccines have saved many lives, but there remains a wide gap in vaccine access, especially to poorer nations. Out of 7 billion doses administered worldwide, only 3.6% have been in low-income countries.

Tedros said if the vaccine doses administered globally so far had been distributed equitably, “we would have reached our 40% target in every country by now.”

“As it is, health workers and vulnerable people in low and middle-income countries remain unprotected, oxygen isn’t getting to those who need it, and a lack of testing is leaving many countries blind to how the virus is circulating, and the world blind to emerging variants,” he said during a news briefing last week.

There is also significant vaccine hesitancy in many countries, particularly in the US.

“It’s the unvaccinated that is driving this current surge that is resulting in many hospitalizations, the need for intensive care units and the record number of deaths we’re seeing,” Dr. Henry Bernstein, former member of the CDC advisory committee on immunization practices, told CNN in September.

Vaccines have allowed many countries to gradually open up, with most of the world now easing restrictions and opening borders to live with the virus.

Australia partially opened its international borders for the first time in 20 months on Monday. South Korea from Monday will also begin to live with the virus despite thousands of new confirmed cases every week.
However, China, the country where Covid-19 was first detected nearly two years ago, remains committed to a stringent zero-Covid strategy, despite fully vaccinating more than 75% of its population.