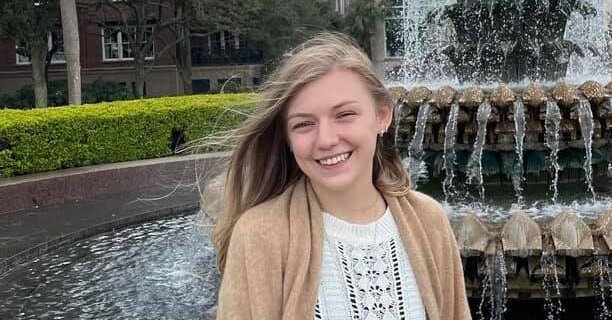 Human remains found in a national park in Wyoming were confirmed on Tuesday to be those of Gabrielle Petito, according to the F.B.I., which also said that the manner of death had been determined to be homicide.

In a statement, the F.B.I. said that the remains found on Sunday had been taken to the Teton County Coroner’s Office, where forensic examination confirmed Ms. Petito’s identity and the manner of death. The specific cause of death was still pending final autopsy results, the agency said.

Michael Schneider, a special agent in charge with the F.B.I. in Denver, said in the statement that anyone with information about Brian Laundrie, Ms. Petito’s fiancé, who had gone on a cross-country road trip with her this summer and had been named as a person of interest in the case, should contact the agency.

“The F.B.I. and our partners remain dedicated to ensuring anyone responsible for or complicit in Ms. Petito’s death is held accountable for their actions,” Mr. Schneider said.

The F.B.I. on Tuesday also said that a forensic search of the camping area where Ms. Petito’s remains were found had concluded. The F.B.I. also asked that anyone who had been in the camping area from Aug. 27 to Aug. 30 contact the agency.

The remains were found in the area of the Spread Creek Dispersed Camping Area, in the Bridger-Teton National Forest on the east boundary of Grand Teton National Park.

Lawyers for both families did not immediately respond to requests for comment on Tuesday evening.

The case has drawn widespread attention, as reporters have gathered outside Mr. Laundrie’s house and some in the public have scoured the couple’s Instagram accounts, which depicted a seemingly carefree, nomadic “van life” in the American West.

Meanwhile, the search continued for Mr. Laundrie in a 24,565-acre park in Sarasota County, the Carlton Reserve, a day after the police in North Port, Fla., said they had “exhausted all avenues” at the park.

In a statement on Tuesday, Josh Taylor, a spokesman for the North Port police, said the reserve “is a vast and unforgiving location at times.”

“It is currently waist deep in water in many areas,” he said. “This is dangerous work for the search crews, as they are wading through gator- and snake-infested swamps and flooded hiking and biking trails.”

The North Port police shared a video of their search on Tuesday. In the video, Mr. Taylor says that drones are being used to survey the area, which is about 75 percent underwater.

Ms. Petito left with Mr. Laundrie in July in a white Ford van outfitted for a cross-country adventure. On Sept. 1, Mr. Laundrie, driving the white van, registered to Ms. Petito, that the couple had used for the trip, returned to the home in North Port where he lived with his parents and Ms. Petito.

Ten days later, on Sept. 11, Ms. Petito was reported missing by her parents, according to the police.

In the days after Ms. Petito was reported missing, the authorities expressed “frustration” in their efforts to speak to Mr. Laundrie.

Steven Bertolino, a lawyer for Mr. Laundrie, said late Monday that he had canceled a news conference set for Tuesday after a conversation with the F.B.I.

“No inferences should be drawn from this statement,” he said.

Mr. Bertolino declined to elaborate on his communications with the agency.