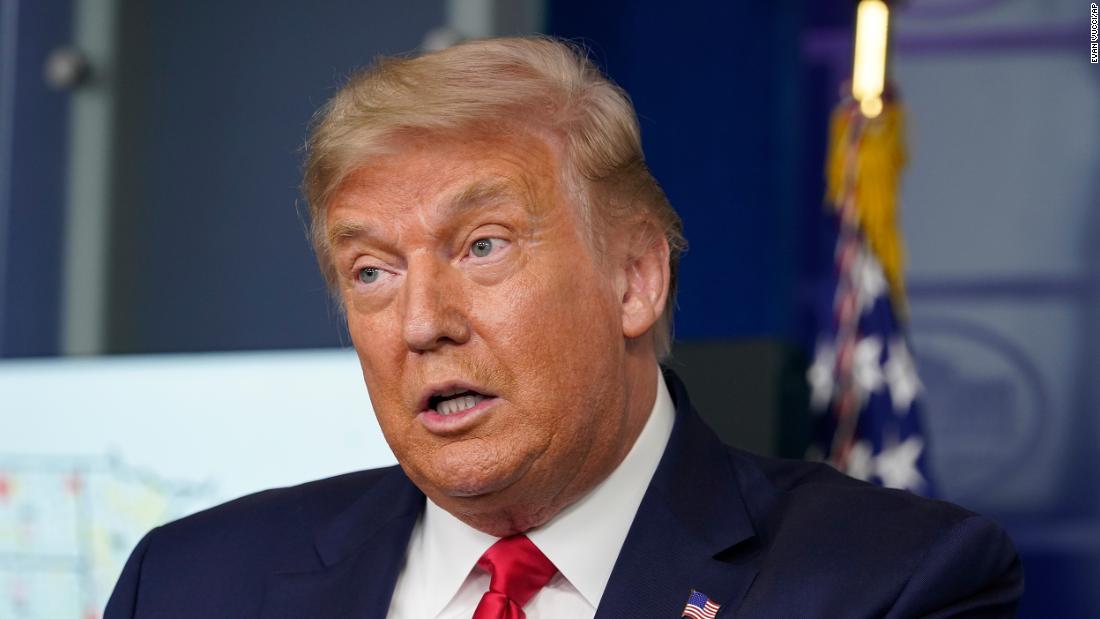 26 July 2020 0 9 mins 3 yrs
Though the United States is rightly focused on the coronavirus pandemic, last week’s events in Washington underscored that two years after women powered the Democrats’ 2018 push to flip the House of Representatives, Trump and some members of his Republican Party have not learned their lesson — and still cannot seem to show that they will treat women as equals and respect the dignity of their work both at home and in the professional realm.
As Trump ramped up his campaign to strike fear in the hearts of White suburban voters by arguing that they will not be safe in Joe Biden’s America this week, he tweeted out an opinion column in the New York Post praising his efforts to get rid of an Obama-era fair housing regulation. In passing, the column’s author, Betsy McCaughey, the former lieutenant governor of New York, argued that women “need to focus on what’s at stake for their families” if Biden is elected.

But in the Thursday afternoon tweet that seemed straight out of the 1950s, Trump said “The Suburban Housewives of America must read this article. Biden will destroy your neighborhood and your American Dream. I will preserve it, and make it even better!”

McCaughey had referenced “women,” not “suburban housewives” (a term that began its slow death when Betty Friedan wrote “The Feminine Mystique” in 1963, helping to spark the women’s rights movement).

In another example of his failure to think about the consequences before he speaks, he wished Ghislaine Maxwell “well” during a Tuesday briefing on the coronavirus even though she faces charges for recruiting, grooming and ultimately sexually abusing minors who were as young as 14 as Jeffrey Epstein’s alleged accomplice.
Trump’s tone-deaf tweet about suburban housewives was in keeping with his long record of using demeaning language to describe women and his attempt to win the 2018 midterms for his party by stoking a backlash to the #MeToo movement by calling it a “very scary time” for young men.
It also recalled his lengthy history of sexism, and bullying and insulting women who have challenged him, including those who have accused him of sexual assault (which he has denied).

With his gendered and dismissive language, Trump has never figured out how to make up lost ground with female voters since 2016 and 2018. And he now stands to lose them by potentially historic margins in the November election.

The President was trailing Vice President Joe Biden by 25 points among women (35% to Biden’s 60%) in the recent Washington Post-ABC News poll and by 28 points in the mid-July Quinnipiac poll that showed Biden leading Trump among female voters 59% to 31%.
View Trump and Biden head-to-head polling

Those numbers should be particularly alarming to the Trump campaign given that Democrats’ best result among women in a national presidential exit poll was 56% to 43% in 2008, the year that Barack Obama vanquished Arizona Sen. John McCain. Among White women in the latest Washington Post/ABC poll, 50% backed Biden, 46% Trump.

CNN’s Director of Polling and Election Analytics Jennifer Agiesta notes that Democrats have never won a majority of White women according to exit polls dating back to 1972. (Former President Bill Clinton won White women by 48% to 43% in 1996, but the party has never gotten to the 50% threshold or above).

In 2016, Trump carried White women 52% to 43% over Hillary Clinton, a Democrat. Only 4% of Black women voted for Trump, and only 25% of Latinas supported him.
And as CNN’s Harry Enten wrote this weekend, this is not an election where the economy — which Trump has long believed to be his greatest strength — is driving the election.

At this moment when the number of coronavirus cases in the US has surpassed 4.1 million and more than 146,000 Americans have died, polls have consistently shown that Americans, particularly women, are more concerned about Covid-19 than any other issue.

Voters trust Biden more than Trump to handle the pandemic, and largely because of that, the former vice president has maintained a solid lead in the polls, both nationally and in many of the key battleground states that Trump needs to win reelection.

In a fresh round of CNN polling released Sunday, Biden’s advantage in the swing states of Michigan, Arizona, and Florida was largely driven by his edge among women, according to Agiesta.

Trump this week rolled out several initiatives that were aimed at increasing his support among female voters.

At the White House, he turned the microphone over to Charron Powell, the mother of LeGend Taliferro, who told the heartbreaking story of losing her four-year-old son to violence in Kansas City as she helped Trump make the case for the controversial initiative — known as “Operation Legend” — to send federal agents into big cities to tackle violent crime.

In another appeal to women during one of his coronavirus briefings, he said his administration requested $105 billion to assist school re-openings in the midst of the outbreak and argued that the money should “follow the student so the parents and families are in control of their own decisions.”

But he also undercut his own message by continuing to argue that children must return to school in person — and falsely claiming that children don’t get sick or transmit the virus easily — even though polls show a majority of parents with school-aged children do not feel safe sending them back for in-person instruction.
And when the President began his push to reopen schools weeks ago, CNN’s White House team reported that he and his advisers hoped the issue would help him with female voters, many of whom are bearing much of the burden of juggling the homeschooling of their children while working from home. But with alarming spikes in cases around the country, Trump’s pitch has not gone over as planned.
The gendered language of the week, from Trump’s tweet to Florida GOP Rep. Ted Yoho’s verbal attack on Ocasio-Cortez — an incident in which the Florida Republican reportedly called the New York Democrat “disgusting” and a “f**king bitch” within earshot of a reporter from The Hill newspaper — was a reminder that Trump and many of his allies still don’t understand how to talk to women, much less about them.

During a heated exchange, Yoho challenged Ocasio-Cortez over her remarks on unemployment and rising crime in her home state. He denied using the slur against her and made a floor speech that was couched as an apology, but maintained that “no one was accosted, bullied or attacked.”

Ocasio-Cortez, who has accused him of lying, got the better of the tense exchange by delivering a nine-minute floor speech to decry misogyny and the “abusive” language that she said he and colleague, Texas GOP Rep. Roger Williams, used to confront her while she was walking up the east front steps of the Capitol for a vote on Monday afternoon.

In many interviews with female voters of all political persuasions over the past three years, one of the things many of them said they don’t like about Trump is his coarse, sexist language and how he has changed the dialogue in America — convincing his followers and allies that they can say whatever comes to mind, no matter how hurtful or offensive it is.

For Trump and Republican acolytes like Yoho, there are now too many self-inflicted mistakes to count. They are dragging their own party down with them — and no one will be surprised if women once again rise up in November and deliver a victory to the Democrats.