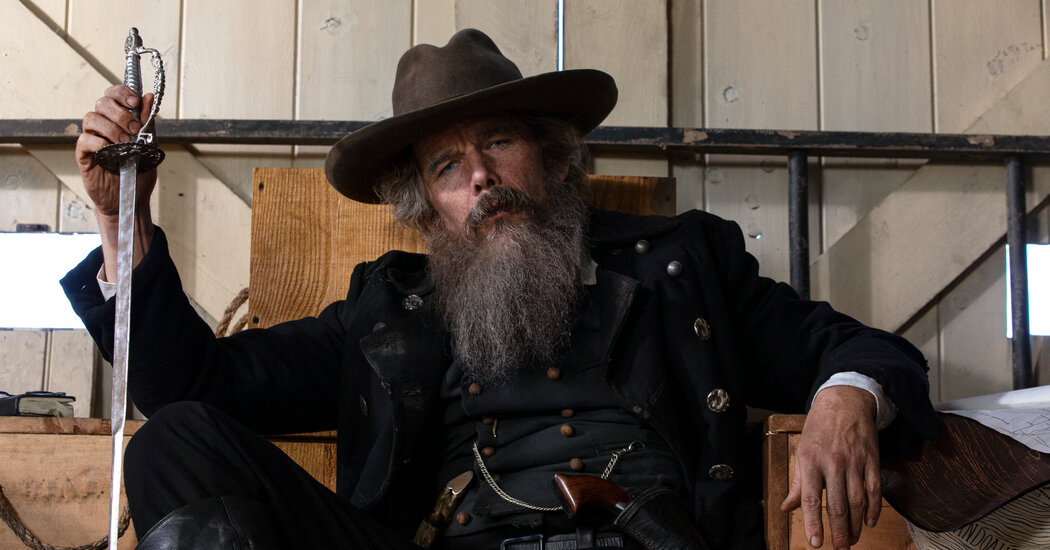 The field for the Primetime Emmy Awards was looking a little more open than usual this year. The Covid-19 pandemic pushed back new seasons of a number of 2020’s most nominated shows: “Insecure,” “The Marvelous Mrs. Maisel,” “Ozark,” “Succession” and “Westworld” are all out of contention. And “Schitt’s Creek,” which Hoovered up nine awards last year, is no longer around.

That additional space did not lead to a lot of surprises in the nominations that were announced Tuesday morning, however. Category after category went largely or entirely as predicted. In the four major categories for outstanding programs, there was only one real upset, but it was a shocker …

Darren Star’s candy-colored, cliche-friendly romance about an American ingenue in the City of Light was not celebrated upon its release, but Netflix got the last laugh with a totally unexpected nomination for outstanding comedy. Along with a slightly surprising comedy nomination for “Cobra Kai,” it gave Netflix a combined six nods in the outstanding comedy, drama and limited series categories, none of which it has ever won.

The likely victim of Netflix’s success in the comedy category with “Emily in Paris” was “Girls5Eva,” Peacock’s great hope for Emmys glory, which didn’t break through despite its cast and its overall likability. Also left out was its star Renée Elise Goldsberry, a favorite for an acting nomination.

Probably the most bewildering omission was the lack of recognition for Hawke’s commanding performance in “The Good Lord Bird,” Showtime’s limited-series adaptation of James McBride’s novel about the abolitionist John Brown. Apparently Hawke couldn’t overcome the series’s failure to generate much buzz.

The third season of the Hulu comedy “Shrill” did not cause much of a stir either, but that didn’t stop Bryant from nabbing a lead-actress nomination, her first for “Shrill” after three for acting and writing on “Saturday Night Live.” She jumped ahead of Goldsberry and Maya Erskine of Hulu’s “Pen15.”

Bee’s late-night show on TBS failed to garner a nomination for the first time in five years. That left the variety talk series category an all-boys club, with Stephen Colbert, Jimmy Kimmel, John Oliver and Trevor Noah grabbing their expected slots, and Conan O’Brien making it in for his final season.

Paulson, an Emmy favorite with seven nominations (and one victory) in the last decade, was expected to score another for her portrayal of the title character in “Ratched,” Ryan Murphy’s “One Flew Over the Cuckoo’s Nest” prequel for Netflix. But apparently she couldn’t overcome the show’s toxic reviews. Making it into the drama-actress field instead was Jurnee Smollett, in perhaps the only slightly surprising nomination among the 18 that HBO’s “Lovecraft Country” pulled in.

Kidman was considered a marginal candidate for a lead actress nod for HBO’s “The Undoing,” but it doesn’t feel fair that she was left out while her co-star, Hugh Grant, was nominated for lead actor in a limited series or movie.

OK, it wasn’t really a surprise — Amazon’s dark superhero tale drew a lot of attention and critical respect in its second season. But it’s not a show you would have seen on the list a few years ago, and its presence in the drama-series category with “Lovecraft Country” and “The Mandalorian” solidifies the growing acceptance of science-fiction and fantasy shows. (If you include “The Handmaid’s Tale,” we’re talking about half the category.) In past years, its place might have gone to “In Treatment,” “Perry Mason” or “The Mosquito Coast.”

Again, not really a snub — no one was actually expecting a comedy-series nomination for Showtime’s long-running working-class dramedy — but there was a lot of sentimental hoping-against-hope for a miracle in the show’s 11th and final season. The star, William H. Macy, pulled down his sixth lead-actor nomination for the role (of a total 10 lead-actor nods in various categories), so there’s still a chance the show can go out with a big win.