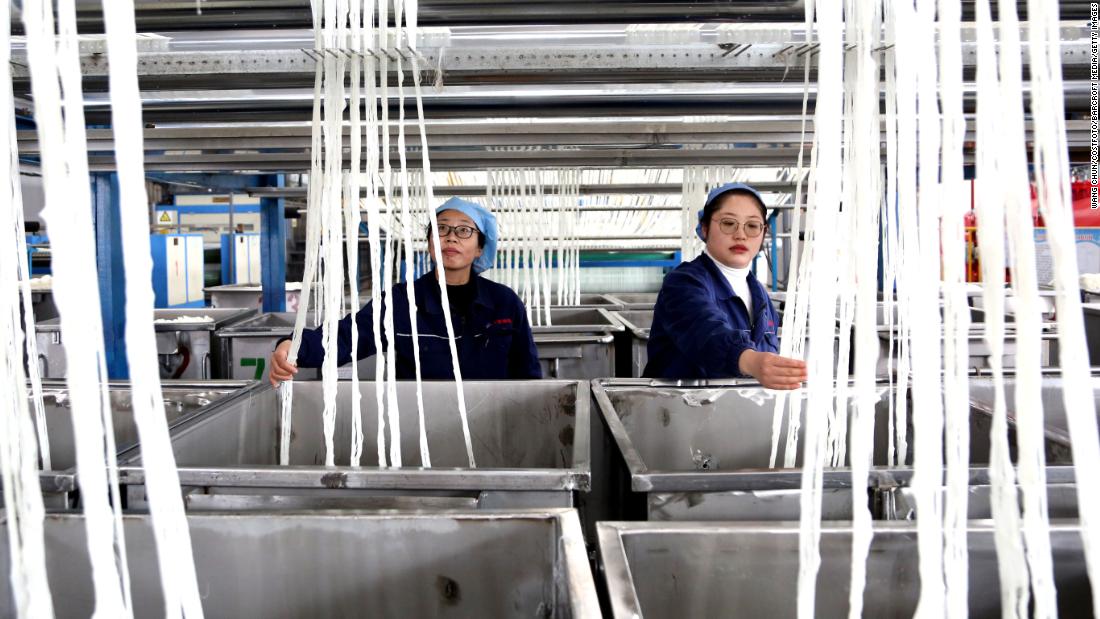 A government survey of manufacturing activity released over the weekend fell for a second straight month, down to 49.2 in October from September’s 49.6. Any reading below 50 indicates contraction.

Manufacturing in China has been battered by a handful of problems, including an energy crunch, shipping delays and rising inventories.

“It is clear that economic momentum is slowing quickly and supply chain pressures are compounding this weakness,” wrote Mitul Kotecha, chief emerging markets Asia and Europe strategist at TD Securities, in a Monday research note. “While we could see some relief for manufacturers in the months ahead, the supply crunch appears well entrenched.”

The global shipping crisis has created chaos worldwide, with many major companies recently acknowledging that clogged ports, missing parts and higher costs are hurting business. It’s a concern that will weigh on the final quarter of the year, a critical holiday season for many retailers.
Not all of the data out of China has been bad. A private survey of factory data on Monday from media group Caixin, which focuses more on smaller and medium-sized companies, showed an increase from 50 in September to 50.6 in October. Caixin attributed the pickup in its index to recovering domestic demand, but noted that the power crunch and a shortage of raw materials has hurt supply.

Economists at Capital Economics pointed out that an average of the two surveys still indicates that more firms are reporting a fall in activity than a rise, indicating that output overall has been constrained.

As the cost of materials continues to rise worldwide, analysts expect supply bottlenecks to persist well into next year.

The Chinese government has taken steps to address some of the issues. Early last month, for example, China ordered coal mines to ramp up production, just months after ordering the opposite to rein in carbon emissions.

But analysts noted that those efforts aren’t providing immediate relief.

An official index of non-manufacturing business activity, meanwhile, fell to 52.4 from September’s 53.2, indicating that consumer demand remains a concern, even if activity is still expanding.

Yue of Capital Economics wrote that flagging data in the services sector suggests that a rebound in consumer activity over the summer is starting to slow. The survey’s construction index also slipped, which Yue wrote “hints at a further pullback in property investment amid jitters over the financial health of Evergrande and other developers.”

“We suspect the hard data due in the coming weeks will show that the recovery in services activity faltered last month,” Yue added, noting the reimposition of restrictions as China tries to contain a coronavirus outbreak. The country has held firm to a strict “zero Covid” policy. “We continue to expect lackluster economic growth over the coming quarters.”