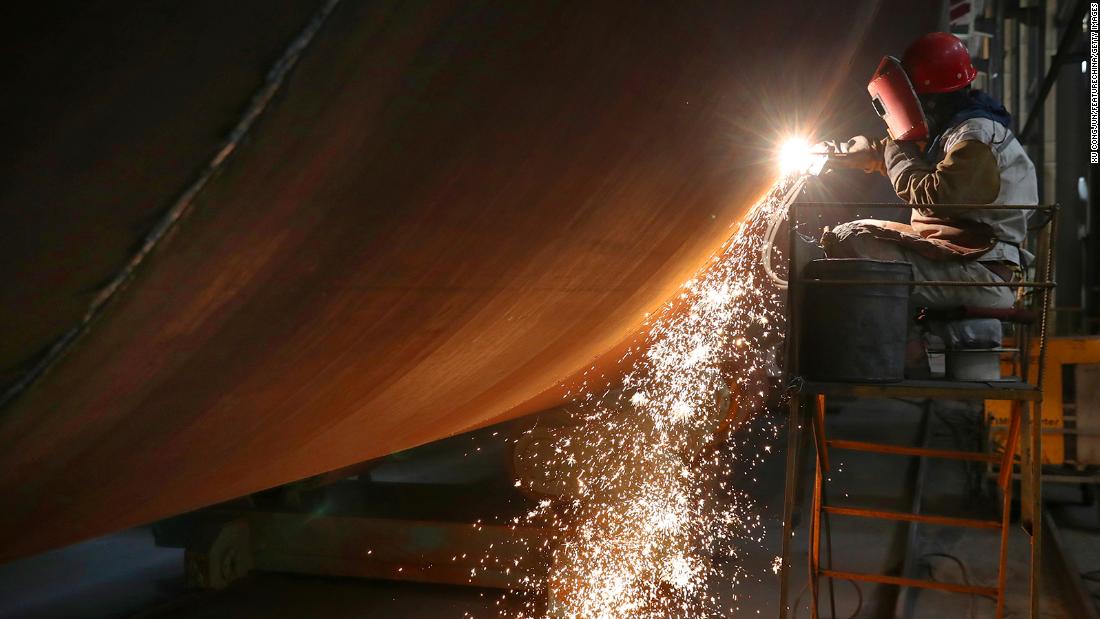 After a slump in the first three months of 2020, China’s economy started to recover as it was boosted by state-led investments in massive infrastructure projects and surging overseas demand for medical supplies and electronics.

But the Chinese economy has flashed some troubling signs in recent months. Record commodity prices drove factory inflation to the highest levels in more than a decade, while supply chain disruptions caused by shipping backlogs and an energy shortage held back factory production.
Growth in the services sector also slowed, as a Covid-19 outbreak in southern China and subsequent containment measures curbed consumer and business activity.

Concerns for weaker growth grew last week, after the People’s Bank of China reduced the amount of cash financial institutions must keep in reserve. The move to reduce the reserve requirement ratio by 50 basis points surprised observers, who felt it was a sign that the economic recovery may be faltering.

The first cut to that ratio since April 2020 was intended to encourage banks to lend more, as small business are facing difficulties because of the surging commodity prices, the central bank said.

Even so, China unveiled some good news on trade earlier this week. Exports surged more than 30% in June compared with the same period in 2019, according to customs data.

The strong exports data has helped ease market concerns over “an imminent growth slowdown,” according to Ting Lu, chief China economist for Nomura.

But Lu said the rebound may be “short-lived,” as it was partly driven by the release of pent-up demand to clear backlogs at some major South China ports.