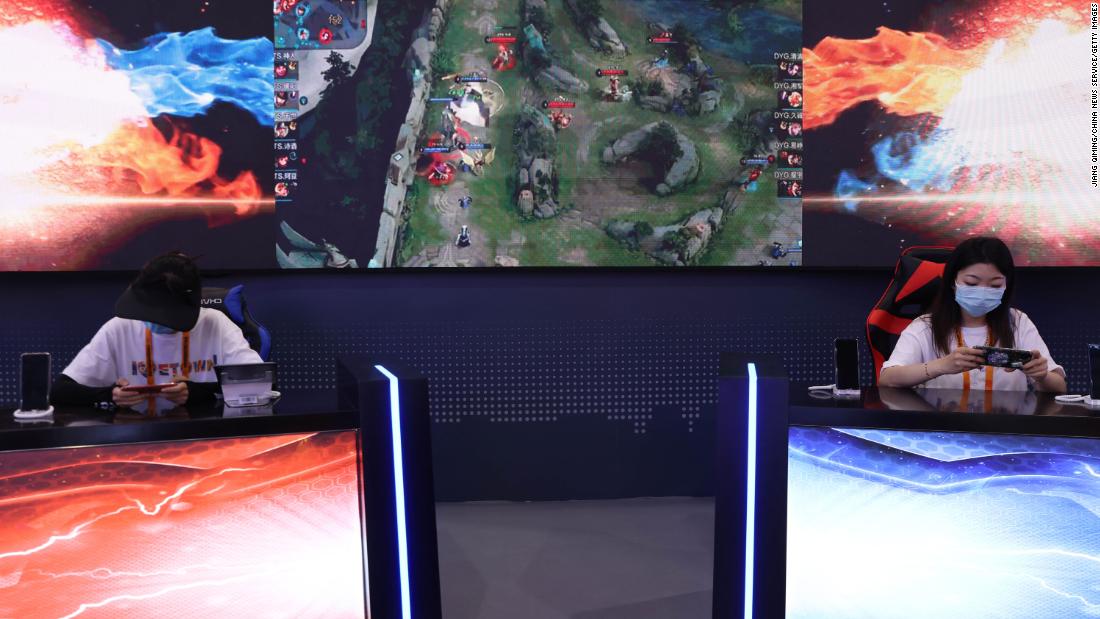 State-run news agency Xinhua reported Wednesday that authorities had called in firms, including industry leaders Tencent (TCEHY) and NetEase (NTES), to discuss restrictions around the streaming and playing of video games among minors.

During the meeting, companies were “urged to break from the solitary focus of pursuing profit or attracting players and fans,” according to the report. They were also told to modify any rules or design elements of games that could be seen as “inducing addictions.”

The discussions included representatives from four government agencies: the Publicity Department of the Communist Party of China Central Committee, the National Press and Publication Administration, the Office of the Central Cyberspace Affairs Commission, and the Ministry of Culture and Tourism, according to Xinhua.

“Companies failing to follow the requirements will be stringently punished,” the state news agency reported.

Shares of Chinese gaming companies fell in response to the news. NetEase’s stock closed down 5.2% in New York on Wednesday, after the state media report was published, and Tencent shares dropped 6% in Hong Kong on Thursday.

Just last week, China barred online gamers under the age of 18 from playing on weekdays and limited their play to just three hours most weekends, marking a significant escalation of restrictions on the country’s massive gaming industry.

The move represented a huge tightening of earlier limits set by the agency in 2019, which had already restricted play to 90 minutes on weekdays and three hours on weekends for children.

Authorities said last week that the new restrictions were put in place to help prevent young people from becoming addicted to video games.

They reminded companies of this mandate on Wednesday, saying that game providers should “fully and faithfully impose the time limit” for minors.

It said that authorities had instructed companies to crack down on content that promoted “wrong values” or an “unhealthy culture,” such as obscenity, violence and “money-worship.”

Companies are heeding the warning.

“We believe in healthy game play and take very seriously the physical and mental health of minors,” Tencent said in a statement.

“We appreciate the guidance and instruction from the relevant regulators, and will work hard to be in full compliance with all rules relating to youth game addiction and content regulation.”

NetEase also pledged to “strictly follow the rules and instructions.”

The news comes as some critics have pointed to potential loopholes in the latest restrictions.

On Wednesday, Chinese state broadcaster CCTV reported that some online video game stores “do not verify the age of buyers, and won’t dissuade buyers even if they are aware that they are minors.”

Some stores even advertise that they are not part of the “addiction prevention” campaign, according to CCTV.