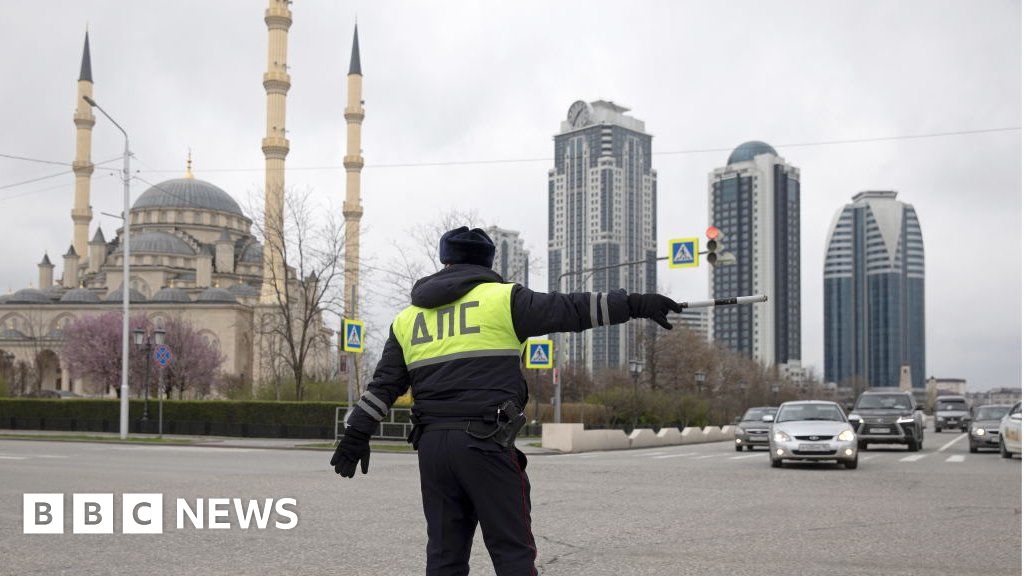 A video of a teenager appearing to be tortured and “apologising” for criticising the Chechen government on social media has emerged online.

In the video, which has been condemned by activists, the man is forced to perform a humiliating act.

He identifies himself as the 19-year-old administrator of a social media channel that has criticised Chechnya’s leader Ramzan Kadyrov.

Mr Kadyrov is accused of overseeing rights abuses in the Russian republic.

The ally of Russia’s President Vladimir Putin denies that his government detains and tortures critics who speak out publicly against the regime.

But human rights groups say victims are punished and tortured until they post “apologies” online.

Warning: Distressing scenes are described below

Mr Kadyrov, who was appointed by Mr Putin in 2007 after separatists fought unsuccessfully for independence for a decade.

In the video clip a naked young man kneeling down apologises in Chechen for criticizing Mr Kadyrov’s regime and says he is an administrator of a channel on messaging app Telegram called 1ADAT, which he denounces.

He is in significant distress, says he wants to punish himself and then performs a humiliating act with a bottle.

He says his name is Salman Tepsurkayev.

1ADAT, which is run by Chechen nationals in Russia and elsewhere in Europe, confirmed that Mr Tepsurkayev had been involved with their channel but said he had only been a moderator.

The video has been met with a wave of indignation after it was shared widely in Russia.

Ekaterina Sokirianskaya, director of The Conflict Analysis and Prevention Center, has been bombarded with messages from Chechens, she told the Daily Beast.

“Chechen women and men said they felt sick, shocked, humiliated; many did not know how to continue their life with dignity,” she said.

The Chechen government office of human rights told the Kavkaz.Realii website that the incident in the video was “unacceptable” but that they were not investigating because the man filmed had not come forward with a complaint.

In November 2019 Mr Kadyrov vowed to crackdown on repression, saying “those who are violating harmony between people, those who gossip and cause rows, if we don’t stop them by killing them, imprisoning them, or intimidating them, nothing will work”.