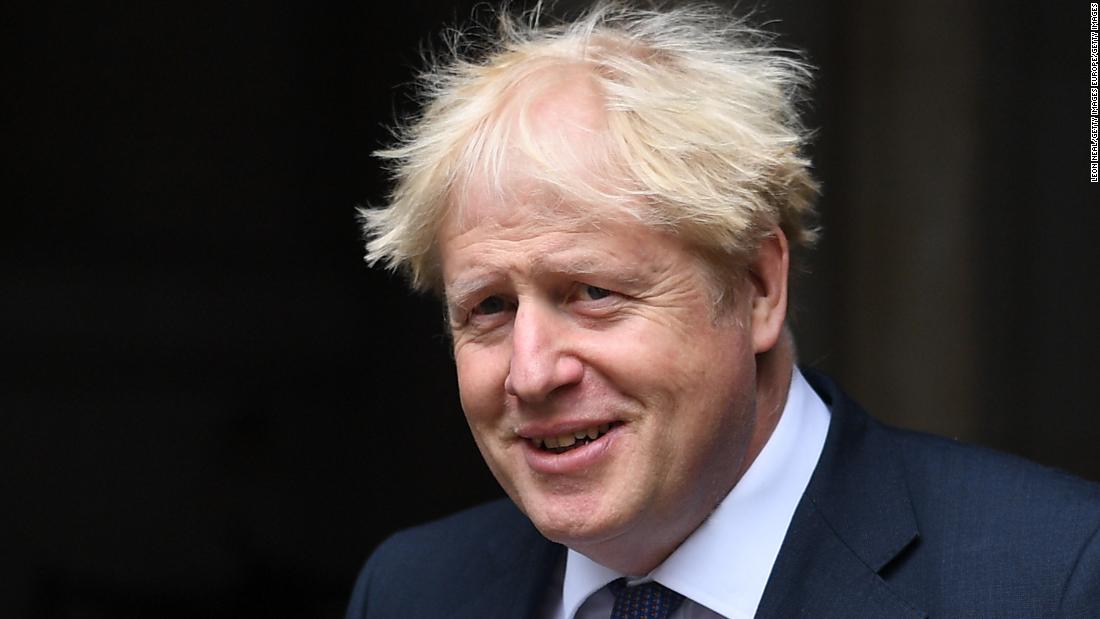 Ahead of a crucial round of talks between London and Brussels over the future trading relationship between the UK and the European Union, the British government made a startling admission: That it would be prepared to break the terms of an international treaty.

The threat was relatively technical — over an aspect of the withdrawal agreement that allowed the UK to leave the EU at the end of January — but the admission by a government minister in the House of Commons sent shockwaves through diplomatic circles and raised questions about whether the UK can be trusted on the world stage.

In public, the government has played down the suggestions that its Internal Market Bill, published on Wednesday, is designed specifically to blow up a part of the Brexit deal called the Northern Ireland Protocol. Quite the opposite — the government claims it is committed to meeting its international obligations and that the offending passages in the bill merely seek to protect the unity of the UK’s four nations in the event that a trade deal isn’t reached in the next few weeks.

Some commentators suggest the threat is merely a negotiating tactic — designed to put pressure on the EU ahead of the final stage of trade talks.

However, leading experts in democratic norms are concerned that the admission in Parliament by a Cabinet minister that the government would knowingly break international law could have implications beyond Britain’s messy exit from the EU.

Leading the charge was the former Conservative Prime Minister, John Major. “If we lose our reputation for honoring the promises we make, we will have lost something beyond price that may never be regained,” he said in a starkly worded statement released on Wednesday.

Other commentators agree. “Unilateral action of this sort, carried out by a major country like the UK, certainly undermines trust in the reliability of international treaties and sets a bad example across the world,” says Andreas Bummel, director of Democracy Without Borders.

Nic Cheeseman, professor of democracy at the University of Birmingham, points out that by admitting it is willing to breach international law, Johnson’s government is directly contradicting its own stated aims to be a force for good in the world post-Brexit.

“How can you have conversations with global leaders about obeying the rule of law with other countries when your own government is admitting it will break international law?” He adds that this is not a one-off story: “This government tried to prorogue its own parliament last year so that it could not have its say on Brexit. So, in the outside world, it could credibly be argued that the UK is a government with a disregard for the rule of law.”

The first and most obvious example of where this could have a negative impact is in China. “We are currently rebuking the Chinese for their breach of the Treaty with the UK over Hong Kong,” says former British foreign secretary Malcolm Rifkind. And while he acknowledges that the case in the UK’s breach of international law “is not so dramatic … it is still an unnecessary own goal.”

Cheeseman believes that the UK’s move could affect the country’s ability to positively influence other major events happening right now. “What are the big stories at the moment? Opposition leaders are getting poisoned in Russia. Government critics are being abducted in Belarus and Rwanda. Obviously what Johnson is doing is nowhere near this scale, but creating a more facilitative environment for people to break law ultimately does embolden dictators.”

Of course, many in the UK are convinced that this is merely the latest bit of Brexit posturing by the UK, in which Johnson wants to both keep his backbenchers on side and extract concessions from the EU. “The Prime Minister and the cabinet want to look very tough and determined to force last minute concessions in the trade negotiations. They may have no serious intention to insist on this amendment,” says Rifkind, adding that Johnson will have “serious difficulty getting this proposal through parliament.”

Even if that is the case, even threatening to renege on an international treaty could damage the UK’s credibility, which might ultimately damage the UK more than anyone else. Democrats in the United States have long stressed that any move to impose a hard Irish border, threatening the Good Friday Agreement that ended decades of violence in Northern Ireland would affect the signing of a trade deal with the UK. On Tuesday, presidential candidate Joe Biden’s foreign policy adviser pointedly tweeted his support for the accord.
And Irish Deputy Prime Minister Leo Varadkar told RTE Radio on Wednesday that Britain’s “kamikaze” threat to break the law would “backfire.”

“Amazingly, the UK government does not seem to realize that this is doing big harm first of all to itself,” says Bummel. “In the EU, there are formal infringement procedures if treaties are not adhered to. The problem here is that there is no way, except a political one, to deal with this breach of the UK, as it undermines trust in the UK government itself.”

Johnson now has roughly five weeks to agree a deal with the EU, or face the economic and political repercussions of maximum trade disruption. Many senior Conservatives still believe that his plan is to create as much noise as possible in the coming weeks in the hope of a last-minute compromise.

However, if this is the issue that ultimately ends the Brexit talks, it could take the UK’s reputation years to recover from the backlash of some high-stakes diplomacy gone badly wrong.