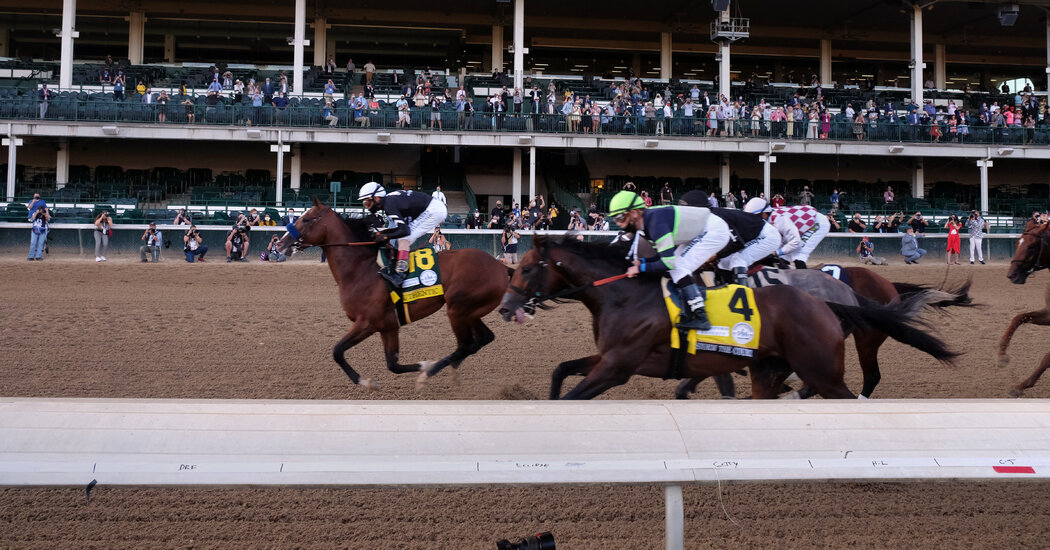 But Baffert has also caught the attention of regulators over the years. The Arkansas violations were his 26th and 27th drug violations, according to public records compiled by the Association of Racetrack Commissioners International and the Thoroughbred Regulatory Rulings database maintained by the Jockey Club.

In addition, the Baffert-trained Justify failed a drug test after winning the Santa Anita Derby, nearly a month before the 2018 Kentucky Derby. Justify wound up winning the Derby, the Preakness and the Belmont that year for the Triple Crown.

The rule on the books when Justify failed the test required that the horse be disqualified, forfeiting both his prize money from the Santa Anita Derby and his entry into the Kentucky Derby.

California racing officials investigated the failed test for four months, allowing Justify to keep competing long enough to win the Triple Crown. In August, after Justify’s breeding rights had been sold for $60 million, the California Horse Racing Board — whose chairman at the time, Chuck Winner, had employed Baffert to train his horses — disposed of the inquiry in a rare closed-door session.

The board ruled that Justify’s positive test for the banned drug scopolamine had been the result of “environmental contamination,” not intentional doping. Baffert has denied any wrongdoing.

California regulators, after a lawsuit from Mick Ruis, the owner of the second-place horse in the Santa Anita Derby, have agreed to hold a hearing this month on whether his colt, Bolt d’Oro, should be declared the winner and awarded the $600,000 first-place check.

At 82, the trainer of Tiz the Law, Barclay Tagg, would have become the oldest trainer to win a Derby if his colt could have gotten by Authentic. It wasn’t to be. “We didn’t win it,” he said. “Baffert’s hard to beat.”