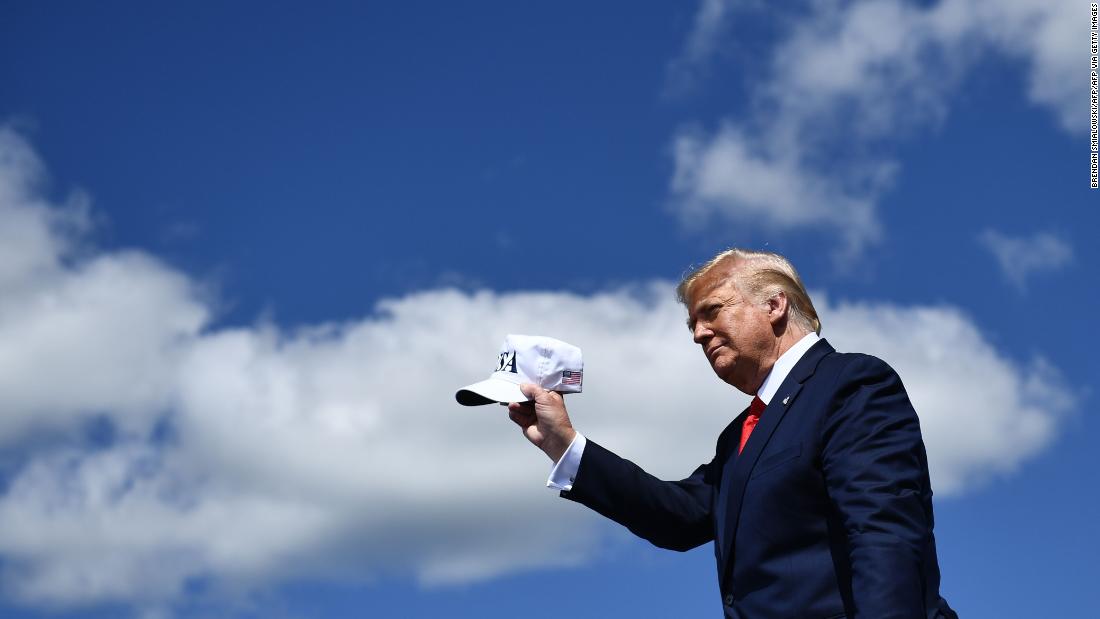 Referring to some nations now seeing a new wave of coronavirus cases, Trump said “they were holding up names of countries and now they’re saying ‘whoops’.”

New Zealand reported nine new cases on Monday. The US reported tens of thousands. Only one state, Vermont, has fewer total cases than New Zealand, and could yet overtake it given the comparative stage of the two countries’ outbreaks.
While a new wave of cases has caused some alarm in New Zealand, after the country went over 100 days without any community infections, it has already been largely brought under control.

But Trump’s comments do highlight the sometimes jarring disconnect between how governments respond to outbreaks, and how those responses are covered in the media, and the severity of the situation in those countries.

Just going by headlines, the recent situation in Asia-Pacific may look quite dire. New Zealand has postponed its election and ramped up restrictions on daily life. Australia has locked parts of the country down and even declared a “state of disaster” in one state. South Korea is ordering thousands of new tests and imposing social distancing measures. Hong Kong has introduced its strongest restrictions yet.
Meanwhile, in Europe, people are going on holiday. Across the United Kingdom, people are gathering on beaches and in parks, while England is preparing to send children back to school. In the US, focus is increasingly shifting to November’s election, which there is no chance of postponing, and states are increasingly reopening and going back to normal.
The statistics do not support this bizarro world situation. The US is the worst-hit country globally, with 2 million more coronavirus cases than the second-worst, Brazil, and even that might not be the true tally, as testing remains patchy. The UK is the second worst-hit country in Europe, just slightly behind Spain.
In Asia, only India makes it into the top 10, according to a tally of cases by Johns Hopkins University, while none of the four places where recent waves have attracted so much media coverage even break the top 60.

That’s not to minimize the new outbreaks in New Zealand, Australia, South Korea or Hong Kong — the virus is no less deadly in these places, and the need to get it under control remains as pertinent as ever.

The fact that the virus was able to return in countries that had largely stamped it out is deeply concerning, suggesting that we may not be able to fully relax restrictions for months or even years to come. But there is a model for responding to such waves, and its the one being used across much of Asia-Pacific: stamp out community infections through lockdowns, mask wearing and social distancing, gradually lift controls as infections go down, and reintroduce them if they go up again.

In response to Trump’s comments, New Zealand Prime Minister Jacinda Ardern said Tuesday that she didn’t see any real comparison between New Zealand’s current cluster and the tens of thousands of cases that are reported daily in the US.

The swift action taken by many Asia-Pacific governments in response to the new wave of cases, while perhaps giving a skewed impression of how drastic the situation is, is precisely how to get things back under control. And while going from zero to a few dozen cases may sometimes look like a “big surge,” as Trump described New Zealand’s latest outbreak, for many people, it remains far preferable to staying consistent at tens of thousands of daily infections.