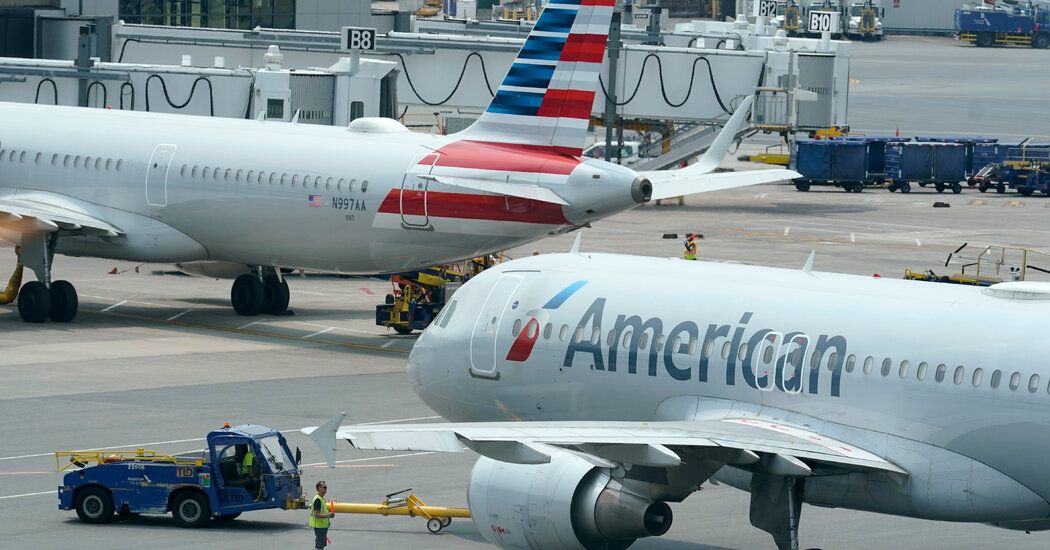 American Airlines canceled more than 1,200 flights this weekend, blaming bad weather and staffing shortages for the widespread disruption. The cancellations represented more than 12 percent of the airline’s scheduled flights for Saturday and Sunday, it said, and came just weeks after Southwest Airlines was forced to cancel nearly 2,000 flights.

Severe wind late last week hampered operations at Dallas-Fort Worth International Airport, American’s largest hub airport, cutting into runway capacity and forcing a round of cancellations, David Seymour, the airline’s chief operating officer, said in a note to staff on Saturday. That disruption, combined with bad weather elsewhere in its network, stranded American flight crews in the wrong places, hindering the airline as it went into a typically busy weekend.

“To make sure we are taking care of our customers and providing scheduling certainty for our crews, we have adjusted our operation for the last few days this month by proactively canceling some flights,” Mr. Seymour said. “We are taking this measure to minimize any inconvenience as much as possible. Most of the customers impacted by these changes are being rebooked the same day, and we apologize for having to make these changes.”

Airlines have struggled with brief, but significant disruptions since the spring as a travel resurgence collided with ambitious but tight flight schedules, bad weather and limited staffing after tens of thousands of workers took buyout or early retirement packages during the pandemic. Earlier this month, Southwest canceled hundreds of flights and also blamed bad weather that had similarly displaced its crews.

The travel recovery has come with “a lot of bumps in the operation,” Gary Kelly, Southwest’s chief executive, said on a call with investor analysts and reporters this month. “I would be the first to admit that things are messy,” he said.

American has faced similar challenges. But Mr. Seymour said in his note that the airline was confident that it was prepared for the busy holiday period, with nearly 1,800 flight attendants returning from pandemic leave on Monday and even more returning on Dec. 1. The airline is also hiring flight attendants, pilots, and airplane maintenance technicians as it gets ready for an expected return to prepandemic levels of passenger travel next year.