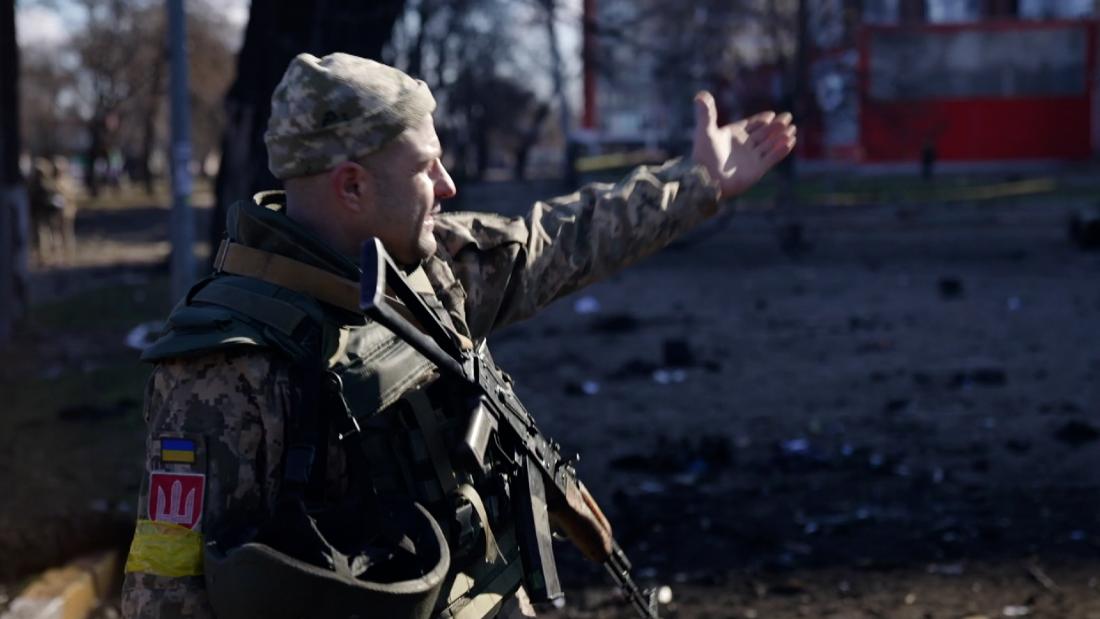 The small city of Mykolaiv, located on an inlet that would be a useful access point for Russians to bring in troops and supplies, was on Monday picking up the pieces from a weekend of heavy fighting that saw Ukrainian hardware destroyed and civilians targeted.

Broken glass and burnt-out tanks littered the streets. The skyline was dominated by the unusual site of a raised road bridge, the structure elevated for the first time in years to hamper any further ground incursions.

And in the air, as well as the sound of intermittent air raid sirens, the mystery of what Russia’s probing attacks in Mykolaiv and other Black Sea towns are trying to achieve.

They’ve clearly managed to instill fear. Ukrainian troops were on edge in the wake of the fighting, wary of the threat of saboteurs. As CNN toured the city, we saw people pulled from cars and thrown to the ground, suspected to be infiltrators.

Ukrainian troops were trying to put on a brave face. Guarding the wreckage of military vehicles, clearly hit by a ballistic missile with significant firepower, one soldier initially claimed they were Russian before admitting they belonged to Ukrainian forces.

The fighting along this region of the Black Sea has been some of the most intense in Ukraine in the past few days, with unconfirmed reports of Russian paratroopers on the ground, as well as very visible blasts lighting up the skyline.

Yet, in similar strikes on other towns, it’s been almost the same picture. Intense Russian bombardment followed by a pause that has allowed the Ukrainian side to claim victory.

In Kherson, 70 kilometers southeast of Mykolaiv, CNN witnessed the aftermath of another intense battle focused on a major road bridge. Here again the scene was littered by the remains of Ukrainian tanks and guns abandoned or destroyed by what looked like Russian airstrikes.

Proximity is clearly a factor in the attacks. The region lies close to the Crimean peninsula, which has been held by Russia since annexation in 2014.

And there’s an obvious strategic prize, further west along the coast. Capture of the large Ukraine port of Odessa would be a major gain in the conflict which has so far not seen the fall of any key cities.

Asked about how he felt living in Mykolaiv following the strikes, one soldier standing amid piles of broken glass from blown out apartment windows spoke angrily of broken Russian promises about not targeting civilian infrastructure.

If Russia is hoping to convince Ukrainian civilians of its stated goal of offering them protection, these attacks appear designed to do the opposite.