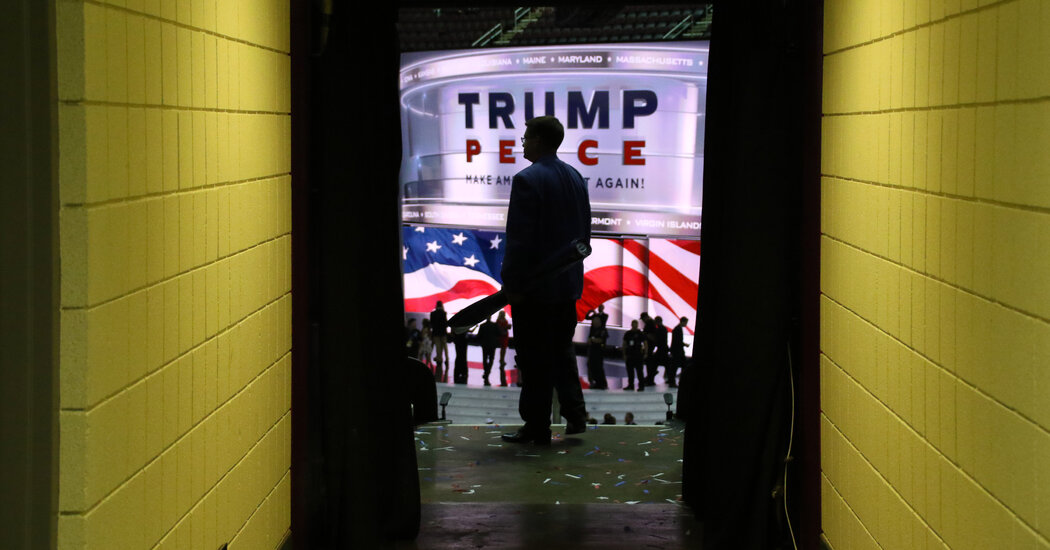 The Senate examined whether Russia had ‘kompromat’ on Trump.

“The committee sought, in a limited way, to understand the Russian government’s collection of such information, not only because of the threat of a potential foreign influence operation, but also to explore the possibility of a misinformation operation targeting the integrity of the U.S. political process.”

The allegation, first raised by Mr. Steele in his dossier, that Russia had compromising tapes of Donald J. Trump has never been proved. The Senate committee did not use Mr. Steele’s work as part of its investigation, but the report discussed other accusations that Russia may have known about personal relationships that Mr. Trump had with women, including an alleged tape of Mr. Trump and women in an elevator in the Moscow Ritz-Carlton. While the committee collected testimony on the supposedly compromising material, or “kompromat” in Russian, “it did not establish that the Russian government collected kompromat on Trump, nor did it establish that the Russian government attempted to blackmail Trump or anyone associated with his campaign with such information,” the report said.

“The committee found that Maria Butina and Alexander Torshin engaged in a multiyear influence campaign and intelligence-gathering effort targeting the N.R.A., the Republican Party and conservative U.S. political organizations for the benefit of the Russian government. Their goal was to develop and use back-channel communications to influence U.S. policy outside of the formal diplomatic process to Russia’s advantage and to the detriment of the United States.”

The report underscored Russia’s yearslong efforts to influence Republican politicians and conservative leaders to try to shape American foreign policy to Moscow’s advantage. One Russian banker and official with Kremlin ties, Alexander Torshin, tried to meet with Sarah Palin as far back as 2009, when she was the governor of Alaska. He later worked with Ms. Butina, the founder of a Russian gun rights organization who pleaded guilty in 2018 to acting as a foreign agent, to use the National Rifle Association as a gateway to meet important Republicans. The pair turned their attention to Mr. Trump only after he had won several significant primaries in 2016. The committee found that Ms. Butina and her associates had told the campaign that they wanted to establish a communications back channel between the United States and Russia, outside of normal diplomatic channels. Trump campaign associates did not notify national security officials about those overtures.

The report portrayed Carter Page as slippery and said investigating him was ‘justified.’

“While there were several problems with the F.B.I.’s FISA renewals for Page, the committee assesses that Page’s previous ties to Russian intelligence officers, coupled with his Russian travel, justified the F.B.I.’s initial concerns about Page.”

The scrutiny of Carter Page, a former Trump campaign adviser, as part of the Trump-Russia investigation has taken on political significance because an inspector general uncovered errors and omissions in applications to wiretap him under the Foreign Intelligence Surveillance Act, or FISA. While finding that he played an insignificant role in the Trump campaign, the report concluded that the Russians may have thought he was more important than he was. The committee also expressed frustration at Mr. Page’s evasiveness, saying that he was unable to account for his time during visits to Moscow and altered documents, and that his “responses to basic questions were meandering, avoidant and involved several long diversions.” Both parties concluded that despite the later problems with the wiretap applications, the F.B.I. was justified in having counterintelligence concerns about him.

The report debunked a conspiracy theory about a Democratic server that Trump has promoted.

The president and his supporters have stoked conspiracy theories that the Russians were not responsible for hacking Democratic emails after all. They have suggested that there was something nefarious about the fact that the Democratic National Committee, working with the cybersecurity firm CrowdStrike, provided the F.B.I. with forensic images — an exact duplicate of the digital information — from its hacked server rather than the original device. The bipartisan report endorsed computer experts’ view that forensic images were a standard and correct approach.