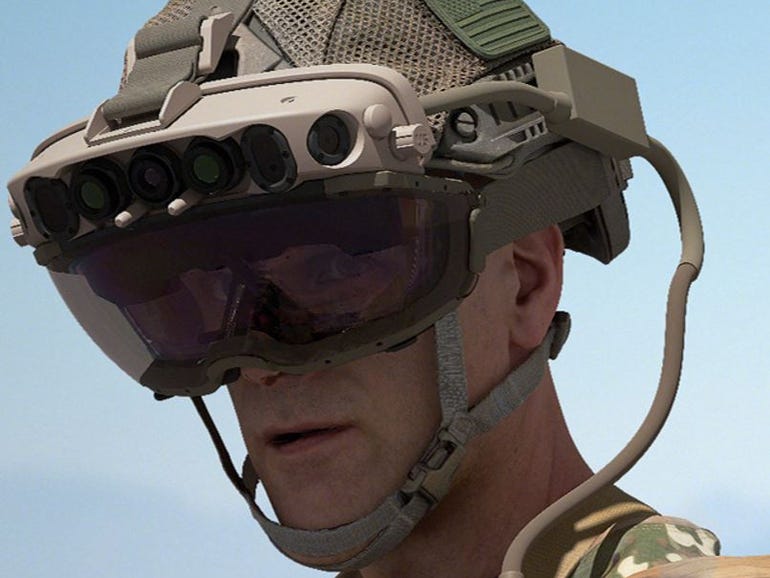 VR and AR: The Business Reality

Virtual Reality and Augmented Reality are going to be useful for far more than just gaming. We explore the ways the technology will be used for training, marketing, product design, and much more.

The U.S. Army is pushing back its timeline for testing and deploying the Microsoft for Integrated Visual Augmentation Systems (IVAS) headsets, based on Microsoft’s HoloLens technology. The Army issued an updated timeline for its plans for IVAS today, October 14, following a report in the defense news publication Jane’s earlier this week which said the Army had halted plans for the headsets and was reevaluating plans for the technology.

The IVAS contract, which Microsoft said was worth $21.88 billion over ten years (five-year base and five-year option) called for the Army to take shipment of 120,000 of the headsets. In March, Microsoft issued a blog post saying the Army had moved from prototyping to production of IVAS headsets.

The headsets are based on Microsoft’s HoloLens augmented-reality goggles technology, augmented with Azure cloud services. The IVAS system is meant to help provide enhanced situational awareness that will enable soldiers to fight, rehearse and train using a single platform, according to the Army’s press release on the deal. The systems are designed to provide high-resolution night, thermal and soldier-borne sensors that are integrated into the display. The headsets also use mixed reality and machine learning to enable a “life-like mixed reality training environment.”

“The Army decided to shift the IVAS Operational Test and fielding to a date later in FY22. The Army is fully committed to its partnership with Microsoft to advance specific technologies to meet operational requirements and maximize warfighter impact,” according to an October 14 statement issued by the PEO Soldier Director of Public Affairs, David Patterson.

“The Army conducted an Adversarial Electronic Warfare and Cybersecurity Test in September 2021 and plans to execute testing regularly throughout FY22. This decision allows the Army and Industry team to continue to enhance the IVAS technology platform ensuring Soldiers achieve overmatch in Multi-Domain Operations. The Army intends to continue developing and fielding this revolutionary, first-of-its-kind technology in FY22,” Patterson’s statement, which I received via email, added.

According to Jane’s (via TheDrive.com, which has a non-paywalled post about Jane’s report), a member of the Army Futures command disclosed the decision to halt the IVAS program during the U.S. Army’s main annual conference in Washington, D.C. this week. Jane’s said that other Army officials subsequently confirmed the report. The reason for the pause seems to be questions about the maturity of at least some pieces of the IVAS technology.

While some Microsoft employees advocated in 2019 for Microsoft to cancel the IVAS contract, Microsoft officials have pushed back, saying that this kind of government contract is key to the military defense of the U.S. Earlier this week, Microsoft bowed to shareholder pressure and agreed to an independent human-rights review of some of those deals. It’s not clear if the IVAS contract would be among those examined and how and if the findings of the review, due out next year, could potentially affect that contract.